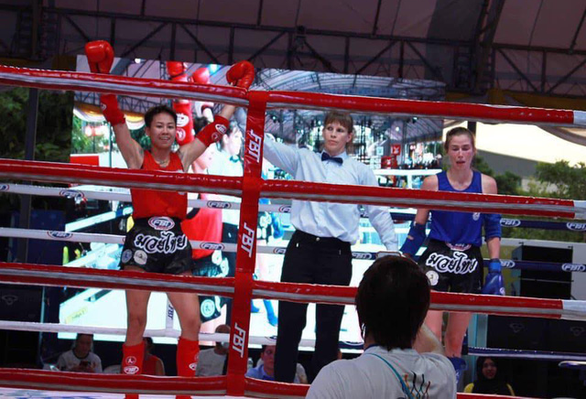 Read what is in the news today, July 29!

-- Vietnam on Sunday sent missile defense ship 016 Quang Trung to the Russian Navy’s Pacific Fleet headquarters in Vladivostok to join the 2019 Navy Day parades commemorating the 323rd anniversary of the Russian Navy. This was the first time Vietnam had participated in the annual parades.

-- Ho Chi Minh City could save VND245 trillion (US$10.57 billion) in 15 years if it was to build 34 toll gates to charge cars for entering the city center, which would reduce costs associated with traffic congestion and pollution, according to a proposal by a private company.

-- Vinfast, the auto manufacturing arm of Vietnamese conglomerate Vingroup, announced Saturday it would begin delivering 200 luxury cars, including Lux A2.0 sedans and Lux SA2.0 SUVs, to customers who had pre-ordered the vehicles.

-- Vietnam’s Bamboo Airways, owned by conglomerate FLC Group, on Sunday launched construction of a $30.2 million aviation training facility in the south-central province of Binh Dinh, capable of producing 200-300 pilots and more than 3,000 personnel for the Vietnamese aviation sector every year from 2022.

-- The ASEAN+3 pop singing contest, organized by the Voice of Vietnam (VOV), was held in the north-central province of Quang Ninh from July 27-29, attracting 22 professional singers aged 18-35 from ASEAN member states and four guest singers from China, South Korea, and Japan.

-- The “ASEAN-Japan Music Festival 2019” took place for the first time at the National Convention Centre in Hanoi on Sunday as a part of commemorative events of the ASEAN-Japan Day, which was announced by Japanese Prime Minister Shinzo Abe last year.

-- Vietnam has finished their run at the 2019 IFMA World Muaythai Championships, held in Thailand from July 20 to 29, with two gold medals – in the 55kg and 23kg divisions – and four bronze medals, the nation’s best result in the annual championships since joining the International Federation of Muaythai Associations (IFMA).