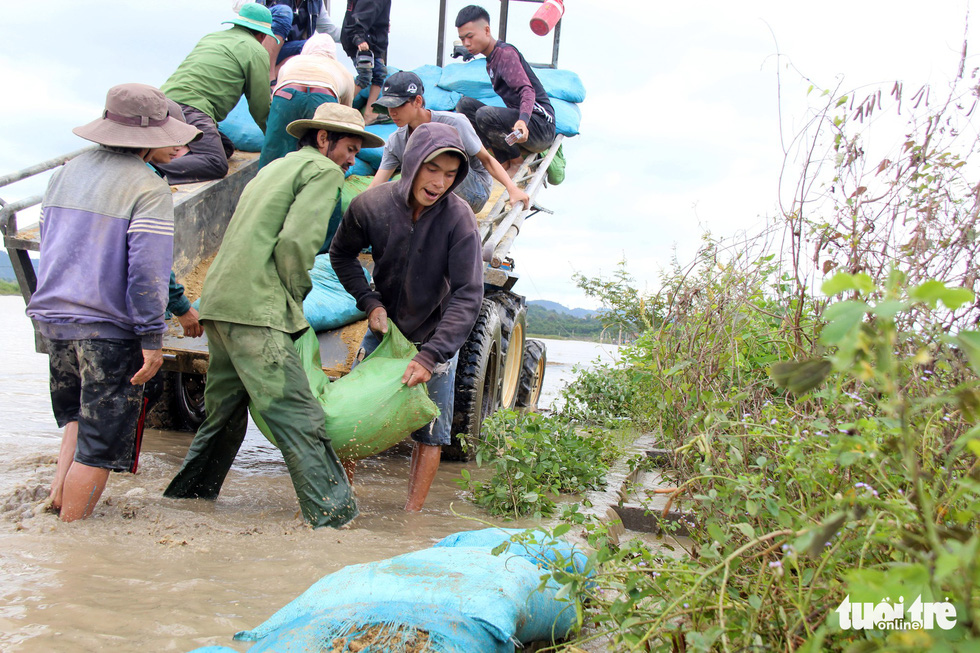 Nearly all adult members of a village in Vietnam’s Central Highlands have been working relentlessly over the past days to save more than 1,000 hectares of rice paddies from being flooded following recent downpours.

As of Monday morning, hundreds of men and women in Quamg Dien Commune, Krong Ana District, located in Dak Lak Province, were still exerting their best efforts to fortify a local embankment.

According to local authorities, previous downpours have caused water levels in the Me River to rise rapidly since August 8.

The existing dam is not strong enough to prevent water from pouring into the paddy fields of local farmers.

Quang Dien Commune currently has about 1,500 hectares of rice paddies, to be ripe in about ten days, said Le Tan Thinh, chief of the commune’s police unit.

About 500 hectares has already been flooded, Thinh continued, adding that local farmers will suffer heavy losses if the rest of their crops are inundated, too.

Multiple excavators and hundreds of people have been mobilized to save the paddy fields.

Pumps have also been employed to remove floodwater from the fields.

“We have been working around the clock over the past three days to strengthen eight kilometers of embankment,” the police official stated.

Over 30,000 households isolated by serious flooding in Vietnam’s Central Highlands