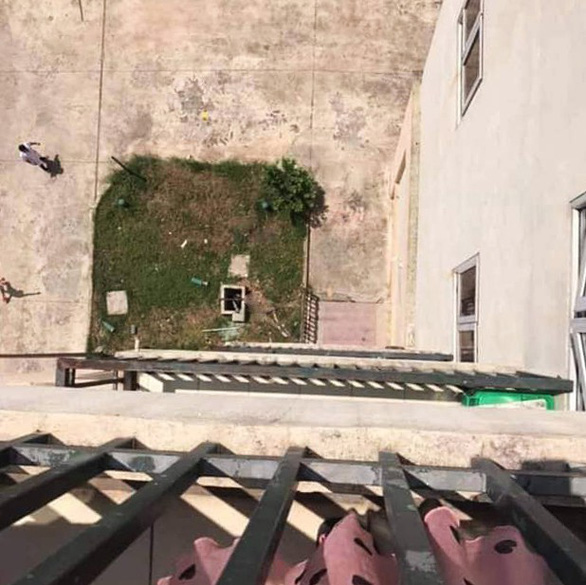 A woman in the northern Vietnamese province of Nam Dinh has killed herself by jumping from a hospital, shortly after news broke to her that her two-year-old son, who had been hospitalized after drowning, could not make it.

Doctors later confirmed that the young boy had already passed away.

His family members said he had fallen into a pond while visiting his grandfather’s house.

She was brought to the nearby Nam Dinh Province General Hospital but it was too late.

CCTV footage at the children’s hospital showed that H. had headed to the seventh floor following the death of her son.

She left behind a pair of sandals and two cell phones before throwing herself off the building.

Before jumping, H. had sent some text messages to her relatives to inform them on her son’s tragedy, as well as asking them to take care of her eldest daughter.

“We believe the woman had committed suicide while grieving over the passing of her young son,” a representative of the hospital stated.

Police officers have initiated an investigation into the case.