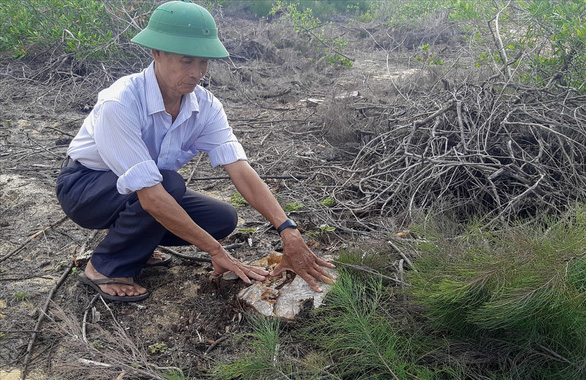 A total of 140 hectares of once protection forest in the south-central Vietnamese province of Binh Dinh have been cleared after a local energy company was tasked with managing the area.

According to Hung, a poplar forest covering an area of 250 hectares in Tuy Phuoc and Phu Cat Districts was previously designated as a protection forest meant to mitigate the effect of sandstorms and other natural disasters on more than 500 households in the two localities.

The Binh Dinh administration later handed the management of the forest over to Phuong Mai 1 Wind Power JSC so that the firm could begin the construction of its wind farm.

Phuong Mai 1, however, was asked to limit their project to just five to ten percent of the forest and at least 90 percent must be kept untouched.

Despite this, about 100,000 poplar trees in a 140 hectare section of the forest wound up being axed.

Police are now working to determine whether the forest was destroyed by the company or other actors.

“Phuong Mai 1 still has to take responsibility for the loss of the forest. The firm must also cease its project and replant the area was cleared,” Hung stated.