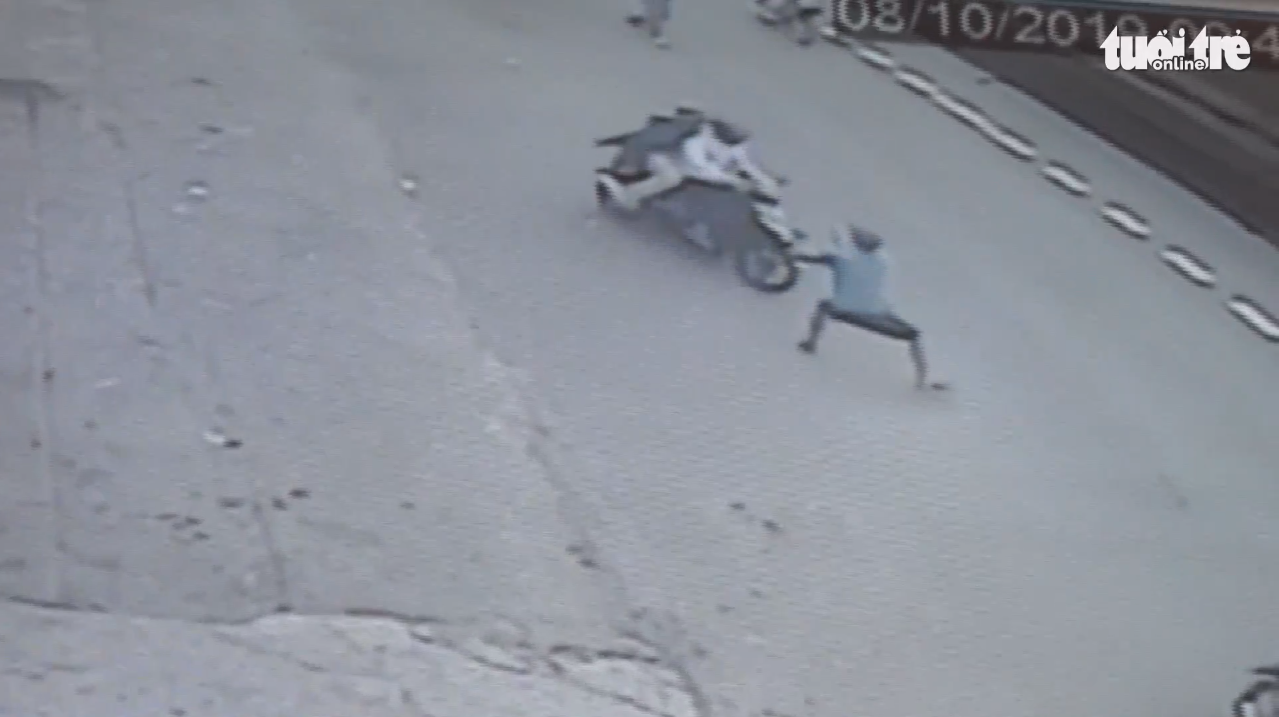 A man in Ho Chi Minh City suffered a serious stab wound to his lungs after trying to stop a group of robbers who had previously stolen VND50 million (US$2,150) from another victim.

The incident happened along a section of National Highway 22 in District 12 on Tuesday morning, according to preliminary information.

V.C.U., a resident in Tan Binh District, was riding his motorbike when he was surrounded by a group of strangers traveling on several motorcycles.

They staged a minor traffic accident with U. before one of the suspects took VND50 million ($2,150) out of U.’s pocket when he was not paying attention.

One of the robbers also snatched the key of the victim’s motorbike so that he could not chase after them.

U. could only scream for help as the criminals sped away with his cash.

N.D.T. was walking on the road when he heard the victim’s call for help.

T. tried to stop two suspects on a motorbike but ended up being stabbed in his chest.

He was quickly brought to the Military Hospital 175 in Go Vap District for emergency treatment.

According to doctors, the stab wound was close to his heart and penetrated his lungs.

He suffered pleural effusion and lost about one liter of blood.

T. underwent a surgery on the same day and is now in stable conditions.

The police unit in District 12 has initiated an investigation into the case.

U.’s statements showed that the one who took his money and stabbed T. was a woman.

The incident was caught on CCTV.