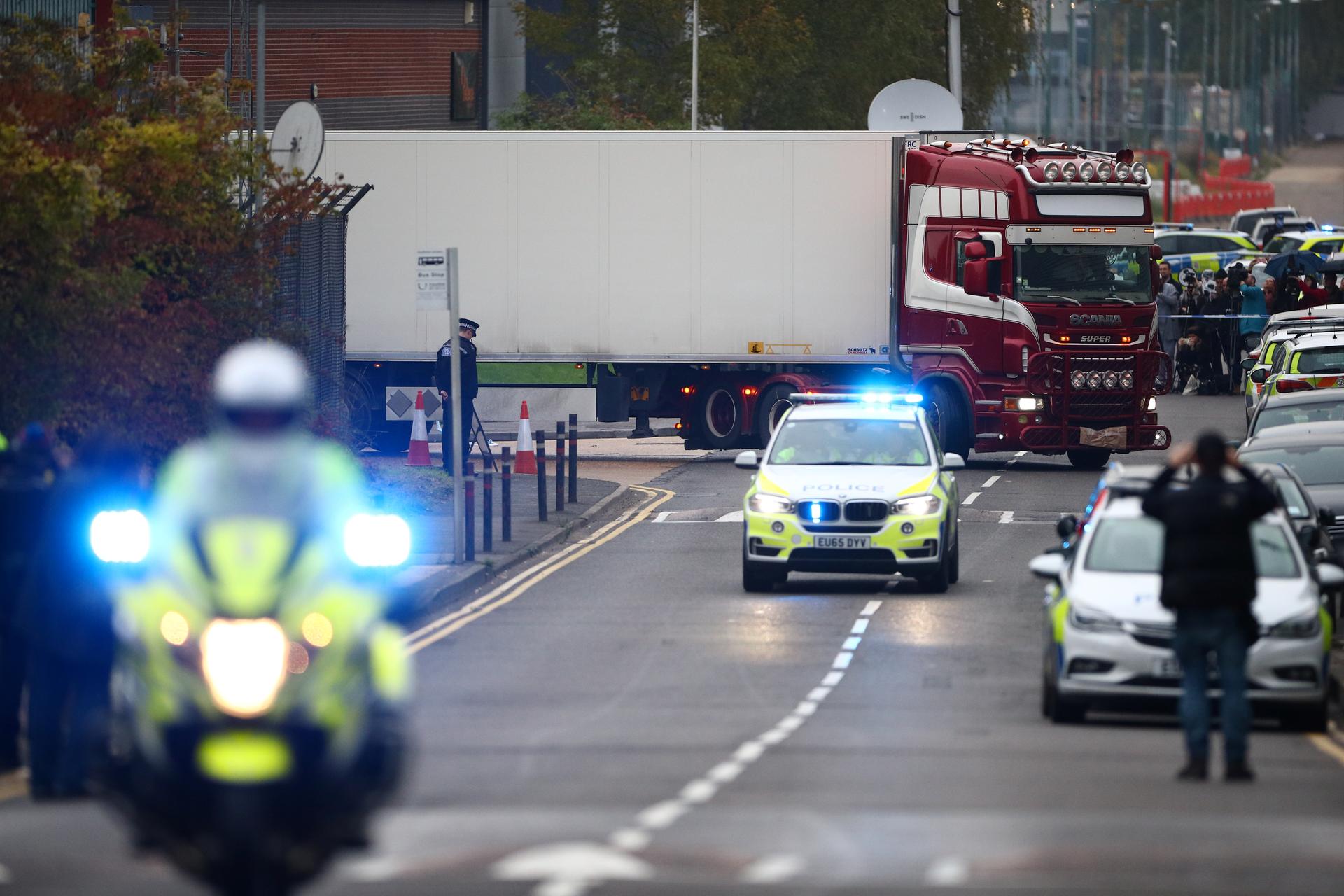 HANOI/LONDON -- The 39 people who were found dead in the back of a refrigerated truck after being smuggled into Britain last month all came from Vietnam and have been formally identified.

The discovery of the bodies in a container on an industrial estate near London has shone a spotlight on the illicit trade that sends the poor of Asia, Africa and the Middle East on perilous journeys to the West.

British police have been working with Vietnamese officials to identify the 31 men and eight women.

All the victims’ families have been informed.

UK police said they had now identified them all.

“This is an important step in the investigation and enables us to work with our Vietnamese police colleagues to support the families of those victims,” said Essex Assistant Chief Constable Tim Smith.

The bodies were found in the early hours of Oct. 23 after the container arrived from Zeebrugge in Belgium.

The container was picked up at Purfleet dock, east of London and police originally said the victims were believed to be Chinese.

The driver of the truck has been charged with 39 counts of manslaughter, conspiracy to traffic people, and money laundering.

Eight people were arrested earlier this week by Vietnamese police, bringing the total number of arrests there to 10.