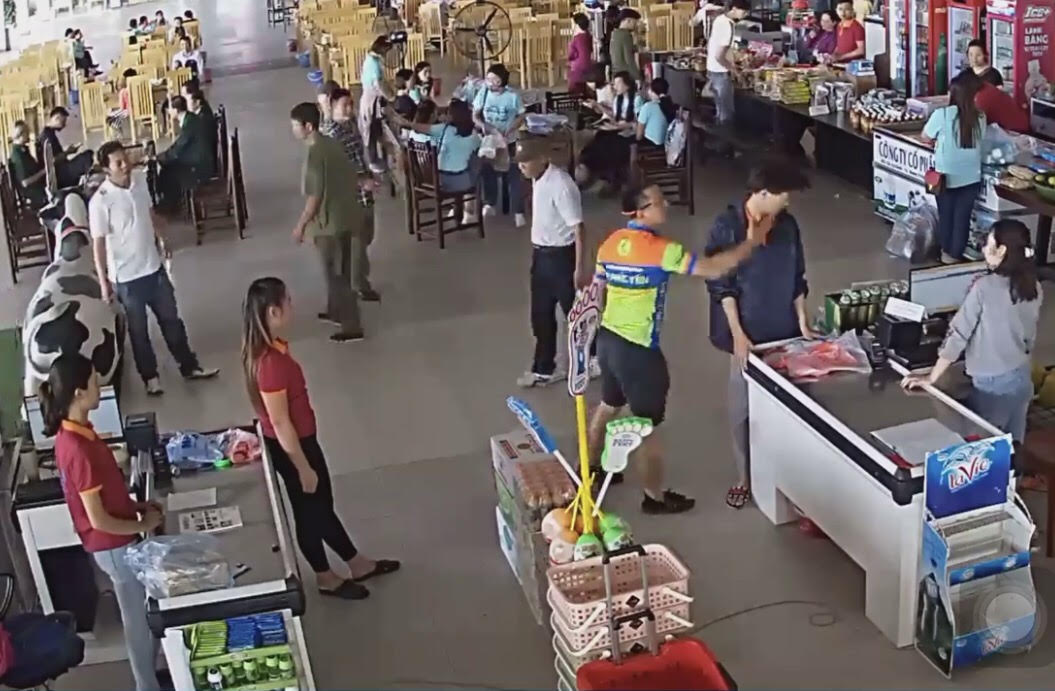 A police officer in the northern Vietnamese province of Thai Nguyen has been suspended from work after he was caught on CCTV slapping a retail clerk for asking his son to pay for some sausages the boy had grabbed from the store.

The provincial Department of Police said it has imposed a one-month suspension upon Senior Lieutenant Nguyen Xo Viet, a police officer in Pho Yen Town, while the incident is being investigated.

“We will determine an appropriate penalty [for Viet] when we have gathered sufficient evidence of his wrongdoing,” said Colonel Dang Duc Dang, deputy director of the police department.

Viet is believed to be the man seen in the CCTV footage that went viral on social media on Monday.

The footage captured an incident that happened at the Hai Dang rest stop in Tan Phu Commune, Pho Yen Town on Sunday.

In the video, Viet, wearing a cycling jersey and shorts, could be seen sitting on a bench as he sent his son off to buy some food.

The young boy grabbed a pack of sausages and headed out of the store.

Two attendants, a man and a woman, appeared to ask the boy to pay for the food first, while Viet signaled his son to bring the sausages to him without paying.

As the boy appeared to be confused, Viet approached him and took the sausages from his hands before walking out of the shop.

He opened the package and threw a piece of sausage at the female clerk, before slapping the male attendant in front of many onlookers.

The manager of the rest stop told Tuoi Tre (Youth) newspaper on Monday that the incident was just a misunderstanding.

“The problem has been resolved and the man had already apologized to the two employees,” he stated.