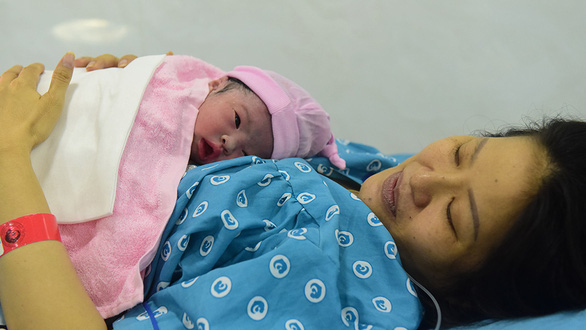 As concerns about the low birth rate in Ho Chi Minh City rise, there have been suggestions that administrators in the southern metropolis should make some moves on Vietnam’s decades-long population policy to encourage couples to have more children.

The suggestions were put forward at a conference held by the Population and Family Planning Department of Ho Chi Minh City on Tuesday.

Speakers at the meeting showed a negative view toward the two-child policy in effect when they said that couples should be free to decide how many children they want.

Vietnam has encouraged families to have no more than two children since the 1960s, with those working in the public sector facing monetary fines for exceeding the limit.

In the same downward direction, Ho Chi Minh City’s total fertility rate (TFR) dropped from 1.76 children in 2000 to 1.33 children in 2018, which was significantly lower than Vietnam's replacement-level fertility of 2.10 children.

TFR is defined as the average number of children that are born to a woman over her lifetime. Replacement-level fertility is the TFR at which women give birth to enough babies to maintain population levels.

According to Le Van Thanh, former head of the cultural and social studies department at the Ho Chi Minh City Institute for Development Studies, the city’s birth rate will plunge more unless there are drastic measures.

As a high cost of living was named among the reasons leading to the low birth rate, deputy director Le suggested a number of policies to financially support families in childbirth.

Her proposals include discounting hospital fees for families with household registration in Ho Chi Minh City when they give birth to a second child.

Moreover, couples with two children will be given priority when buying or renting homes at the city’s social housing projects.

In addition to tuition fee exemption, Le said students under ten years old in the city should also enjoy free school lunch and have their half-day accommodation expenses covered by the municipal budget.

She also recommended that the Ministry of Health and the General Department of Population and Family Planning consider adding to a draft population law a new policy that allows couples to freely decide the number of children they want to have, replacing the decades-old two-child policy.

In the meantime, exceptions to the policy should be made for regions with low birth rates, and workers in the public sector of such regions should not be punished for giving birth to a third child, she said.