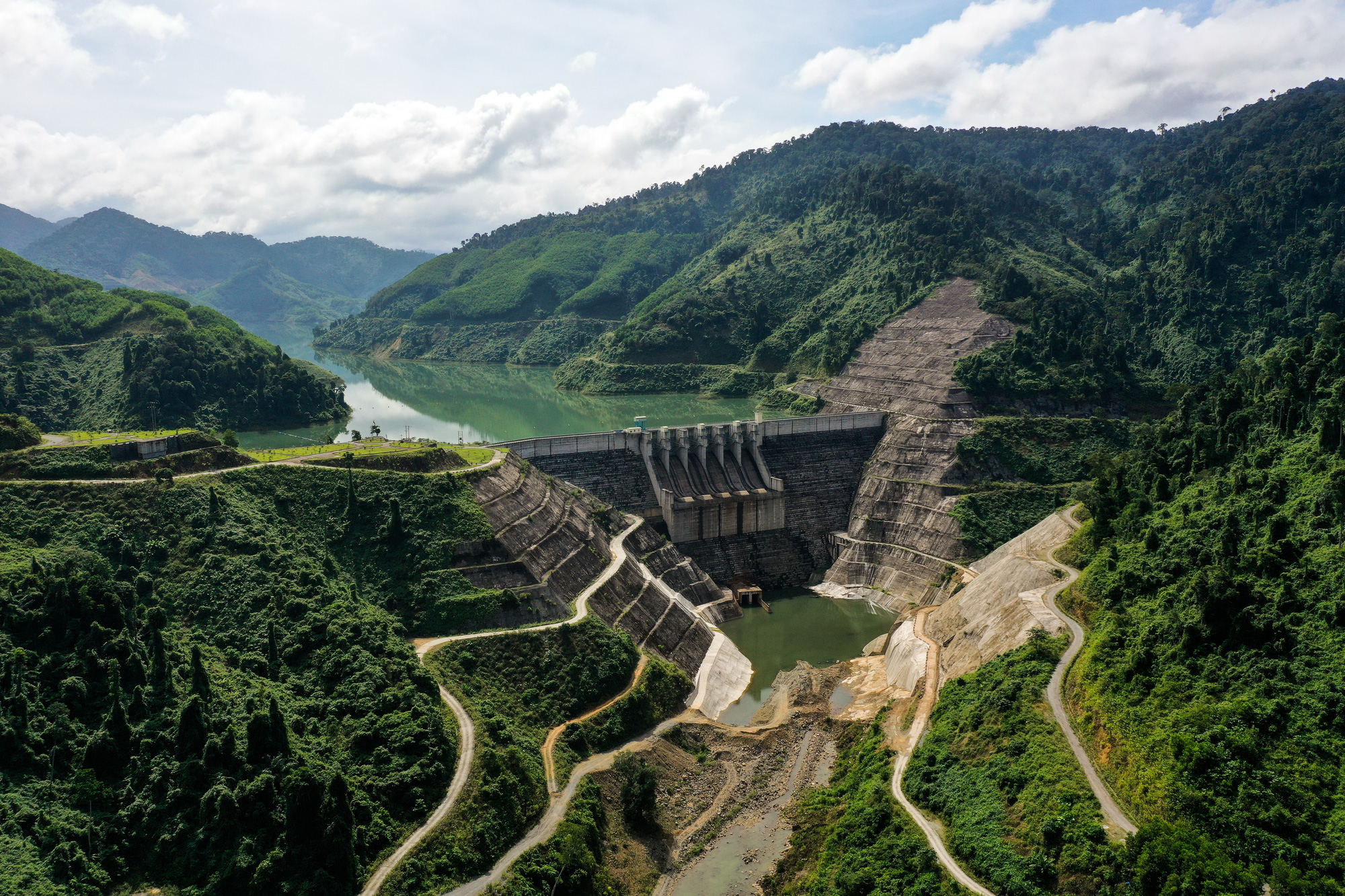 Little rain in central Vietnam has resulted in serious water shortage in many hydroelectric dams, creating various obstacles to the daily life and livelihoods of local residents.

The water scarcity has hit the Song Bung 4 and A Vuong hydroelectric dams along the Vu Gia River in the central province of Quang Nam.

As of Monday, water levels in the reservoir of the Song Bung dam only accounted for two percent of its total capacity.

Le Dinh Ban, Song Bung’s director, told Tuoi Tre (Youth) newspaper that the reservoir was usually full around this time of the year, which is in the middle of the rainy season.

However, in central Vietnam rain mainly has mainly come down in the delta instead of mountainous areas this year, resulting in a severe lack of water in local hydroelectric dams.

“Our machines have been operating at 30 percent of their capacity in order to ensure enough water in downstream areas,” Ban elaborated.

“The amount of electricity produced by the dam has only reached 49 percent of our goal this year.”

At the Song Tranh 2 hydroelectric dam, situated along Thu Bon River in Quang Nam Province, the reservoir’s water level was too low for the dam to operate.

“We have only achieved 56 percent of our 2019’s goal in terms of electricity production,” Lan added.

To save as much water as possible, authorities in Quang Nam have recently asked local hydroelectric dams to limit their operations.

The dearth of water in the Vu Gia River will also affect clean water resources for residents in the central city of Da Nang nearby, Trung continued.