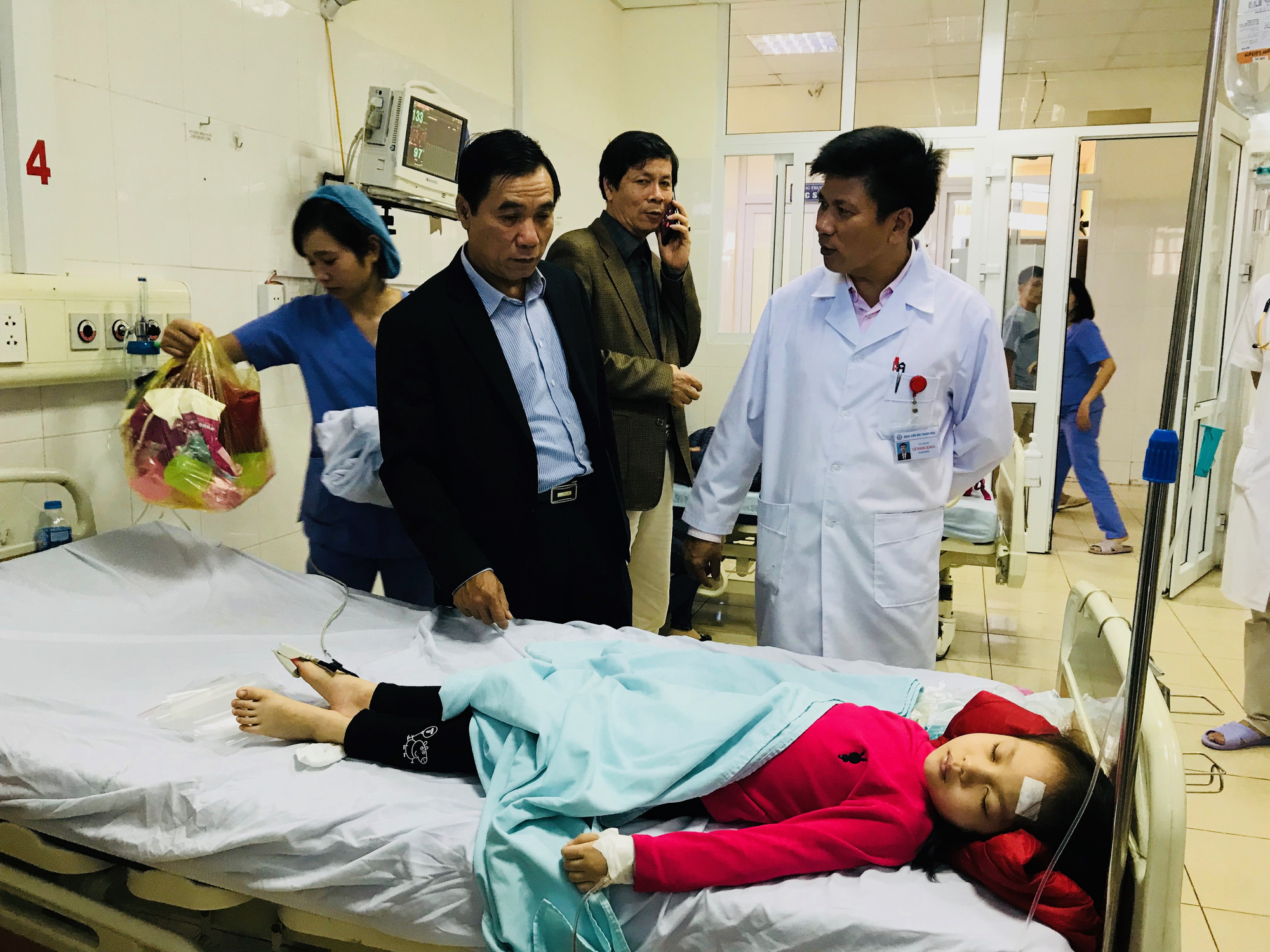 A total of 130 kindergarten students in the north-central Vietnamese province of Thanh Hoa were admitted to hospital due to suspected food poisoning on Monday.

The incident happened at Vuon Mat Troi Kindergarten in Dong Ve Ward, Thanh Hoa City, which is the capital of the namesake province.

According to Le Dang Khoa, director of Thanh Hoa Province Children’s Hospital, about 20 kids were admitted to the infirmary as of 11:00 am.

They had such symptoms as vomiting, fatigue, and abdominal pain, said Dr. Khoa.

On the afternoon of the same day, more children were brought to the hospital by their parents with similar symptoms.

Doctors recorded a total of 130 students from Vuon Mat Troi Kindergarten and believed that food poisoning was the cause.

Many of the young patients were in stable conditions as of the same evening and were allowed to leave the infirmary.

Nguyen Ba Can, deputy director of provincial Department of Health, said the agency had collected samples of the students’ school meals to conduct lab tests.

The school cafeteria has been temporarily suspended until further notice.

Vuon Mat Troi Kindergarten has a total of 650 students divided into 20 classes.