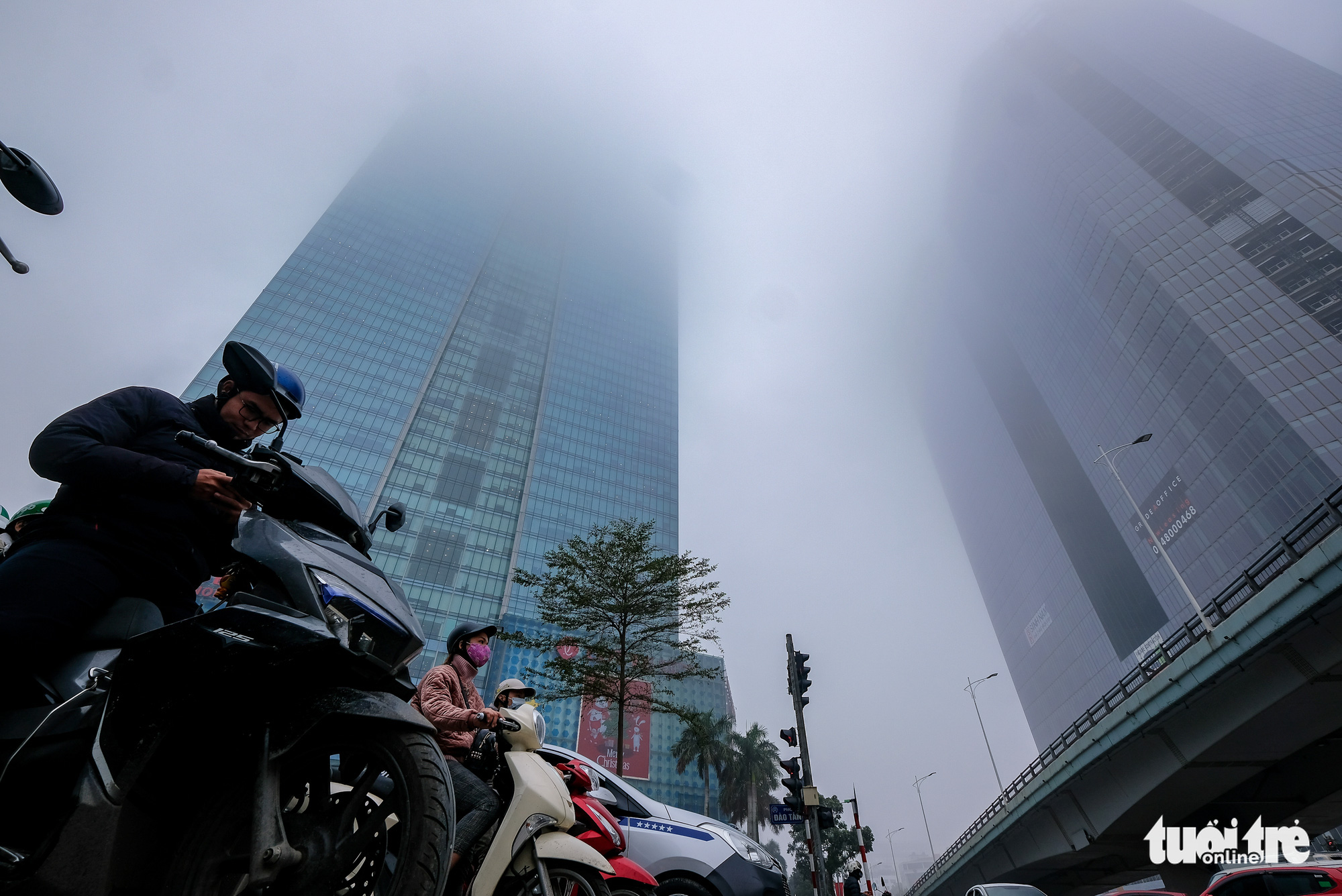 A thick layer of fog enveloped the sky of Hanoi from the early morning until the afternoon on Tuesday, with weather forecasts showing that the phenomenon could continue over the next days.

The foggy weather was accompanied by a low temperature, forcing local residents to put on extra layers to keep themselves warm.

According to the National Center for Hydro-meteorological Forecasting, temperatures in the capital range from 17 to 20 degrees Celsius and humidity is at 85-86 percent on Tuesday.

“Visibility in the city was at 300 to 500 meters,” said Tran Quang Nang, an official at the weather center.

“The phenomenon can be referred to as advection fog, which occurs when a cold front weakens and moves eastward, bringing about moist air in the area,” Nang elaborated.

Temperature inversion at higher altitudes combined with a lack of winds near the surface is the main cause of the fog, the weather expert continued.

The foggy atmosphere usually lasts from the morning until the afternoon.

The fog will continue to appear on Wednesday, become milder on Thursday and Friday before returning on the weekend, Nang stated.

The air quality will also turn poor during this period as temperature inversion often causes pollutants to disperse more slowly, he explained.