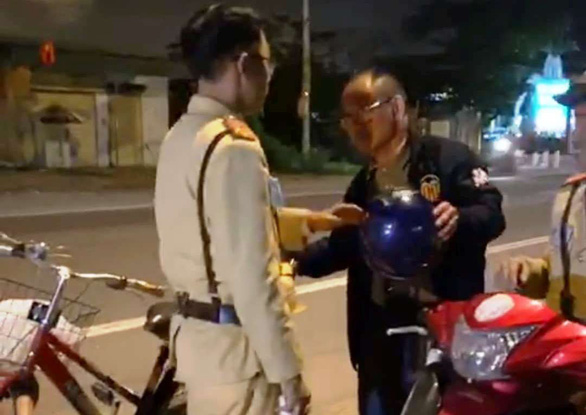 Foreigner fined for drinking and then cycling in Vietnam

A Chinese national has been fined for cycling after having drunk alcoholic beverages, amid Vietnam’s clampdown on drunk driving with a new law taking effect this year.

Among them was a case where Xiong Anl In, of Chinese nationality, was booked for cycling after having consumed alcoholic drinks.

His BAC measured 0.667 milligrams per liter of breathing air.

He was fined VND500,000 ($21.5) as the current law bans drivers of any vehicle from downing any amount of alcoholic beverages.

His bicycle was temporarily impounded.

“Xiong admitted to having downed a lot of beer and wine,” the police chief said.

“We asked his kin to take him home as he was so drunk.

The new fiat’s effective date coincides with that of Vietnam’s Law on Prevention and Control of Harmful Effects of Alcoholic Beverages.

The law strictly bans a person from driving a vehicle after drinking alcoholic beverages.

Motorcyclists will face a VND6-8 million ($259-346) and have their driving license revoked for 22-24 months for the same offense.