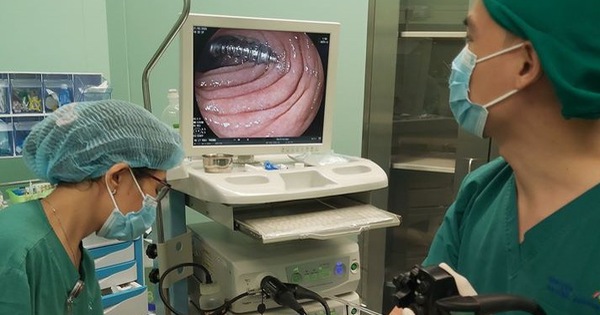 The Children’s Hospital in Ho Chi Minh City said on Friday that its doctors had timely performed two separate surgeries to remove a sharp screw from the intestine of a two-year-old boy and a key from the stomach of a nine-year-old girl on the same day.

The operations to remove the foreign objects from the little patients were all successful, according to doctor Le Duc Loc from the hospital’s gastroenterology department.

The girl hailed from the Mekong Delta province of Soc Trang while the boy comes from Ho Chi Minh City’s Binh Chanh District.

Both children had accidentally swallowed the metal objects while playing and were taken to the hospital in a state of panic.

The two-year-old boy was in a more severe condition as he was continuously vomiting fresh blood mixed with mucus.

X-ray images showed that the key was lying in the girl’s stomach, while the sharp screw had traveled further to the intestine of the boy and threatened to make a puncture there, which could cause gastrointestinal bleeding.

The doctors thus decided endoscopic foreign body retrieval procedures were necessary to save the children.

The mucosa of the boy and girl’s gastrointestinal tracts were intact after the respective procedures and the little patients are recovering, the doctors said.

Had it not been for the timely procedures, the foreign bodies would have continued to go down to the intestinal tract, causing possible bowel obstruction, peptic ulcer, and blood poisoning, doctor Loc explained.

“In that case, the child may have to undergo more complicated and expensive surgery [to have the objects removed],” Loc said.