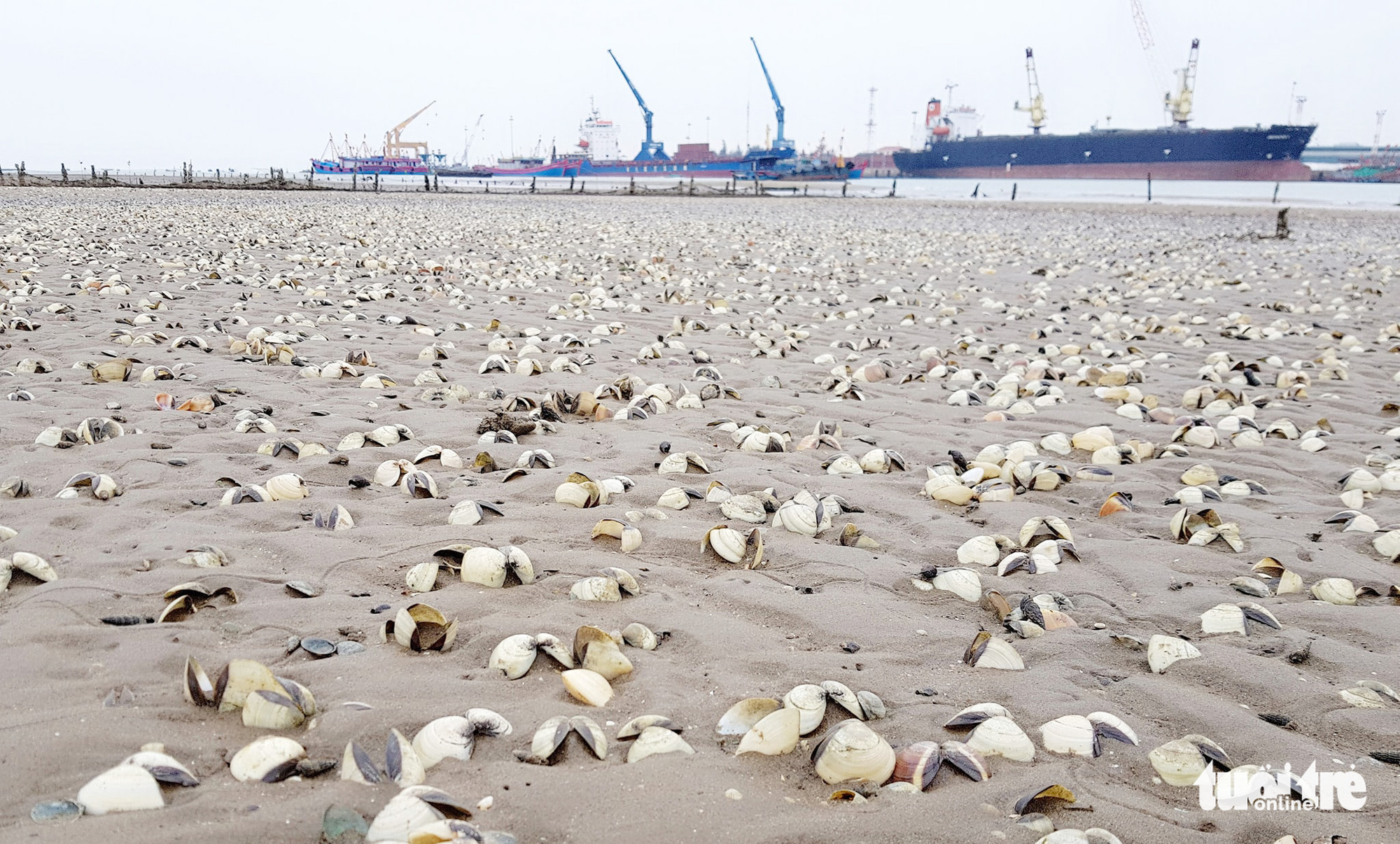 Clams farmed by residents in the north-central Vietnamese province of Nghe An have died en masse for no apparent reason, causing damage worth up to billions of Vietnamese dong (VND1 billion = US$43,100).

The situation has occurred across nearly 15 hectares of clam farms in Nghi Thiet Commune, Nghi Loc District, resulting in heavy losses for local farmers as the harvest season is just around the corner.

These farmers now have to hire people for VND25,000 ($1.08) per hour to collect the dead clams so that they can prepare their farms for the next season.

Nguyen Sy Thanh, one of the farmers, said he and his family started raising ten metric tons of clams on their 2.4 hectare farm in April 2019.

The household expected to harvest mature clams in March 2020 and will begin the new season in May the same year.

However, Thanh’s clams started dying in late December 2019. As of this week, about 80 percent of his farm-raised clams have already died, resulting in losses worth nearly VND1 billion.

“We are going to end up empty-handed,” he stated.

Other famers in the commune said they had lost 60-90 percent of their clams.

Local authorities have ruled out diseases as the cause and are waiting for environmental monitoring results.

A delegation of officials has been tasked with assisting local residents in preparing their farms and other necessary skills for the upcoming season.