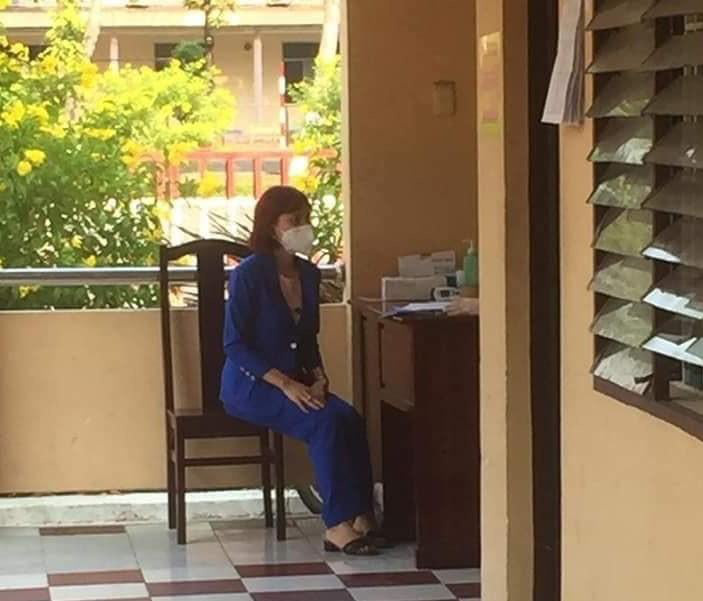 A Vietnamese woman returning from the epicenter of the novel coronavirus disease (COVID-19) in South Korea has been quarantined after she bragged online about getting around quarantine measures by making false declarations at the airport.

The Department of Health in the southern province of Binh Duong confirmed on Wednesday that a woman named N.T.T. has been quarantined after arriving from South Korea.

T. has been living in Daegu City, South Korea’s COVID-19 epicenter, while her address in Vietnam is in Di An City, Binh Duong.

She had traveled from Daegu to Busan before boarding a flight to Tan Son Nhat International Airport in Ho Chi Minh City.

After arriving at the airdrome, the woman failed to mention her Daegu in her travel history while filling out a compulsory medical declaration form and was thus allowed to enter the country.

Vietnam requires that those who arrive from areas hit by the COVID-19 in South Korea be placed in quarantine for monitoring for at least 14 days after arrival as a precaution.

After getting through immigration without being isolated, T. appeared in a live video on Facebook to gloat about how she had avoided being quarantined despite coming from the COVID-19 epicenter.

“People who are not smart will surely be quarantined. I am among the brilliant ones. We women have to use our brains,” she said in the live footage.

The video went viral on Facebook on Tuesday and garnered a lot of opposition from viewers.

After arriving at her home in Di An, T. went for a health check-up at a local hospital and did not appear to have any signs of the disease.

Nevertheless, the Binh Duong health department was able to locate the young woman and take her to a quarantine area to be monitored for 14 days, it confirmed on Wednesday.

The agency has also made a list of people who had close contact with T. and will monitor their health conditions in the coming days.