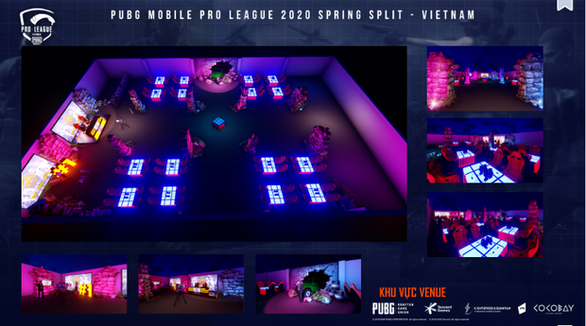 Leaders in the central city of Da Nang have requested that punishment be strictly imposed on organizers of an online game event that was held despite effective restrictions on mass gatherings amid the novel coronavirus disease (COVID-19) epidemic.

The request was made on Monday afternoon by Da Nang vice-chairman Le Trung Chinh in a document sent to his subordinates in Ngu Hanh Son District, where the gaming event in question took place on Saturday last week.

On Saturday afternoon, the district’s authorities found out 117 people were gathering at Cocobay Resort, including 96 gamers and spectators of the PUBG (PlayerUnknown's Battlegrounds) Mobile Pro League 2020 Spring Split - Vietnam tournament.

The league of the online multiplayer shooter game was taking place only one day after Prime Minister Nguyen Xuan Phuc called on all Vietnamese citizens and residents to step up measures to prevent the spread of COVID-19.

The measures include restrictions on large gatherings from 0:00 Saturday, March 28, until the end of April 15. Specifically, meetings or events that gather more than 20 people in the same room must be canceled.

The organizers of the tournament were thus booked by local officials for organizing a mass gathering.

They also failed to present an authorization certificate for the tournament at the request of the officials on Saturday afternoon.

The Ngu Hanh Son District authorities have also sealed the venue used for hosting the event.

On Monday afternoon, vice-chairman Chinh also requested districts’ administrations to make lists of residents who have been to Bach Mai Hospital in Hanoi, where at least 25 COVID-19 patients have been confirmed, and Buddha Bar in Ho Chi Minh City where at least 13 people have caught the virus after partying there.

Da Nang has reported six COVID-19 cases, with three of them having recovered.

Meanwhile, Vietnam has confirmed 194 infections, 55 of whom have been discharged from the hospital as of Monday afternoon.

No death related to the viral disease has been recorded in the country.