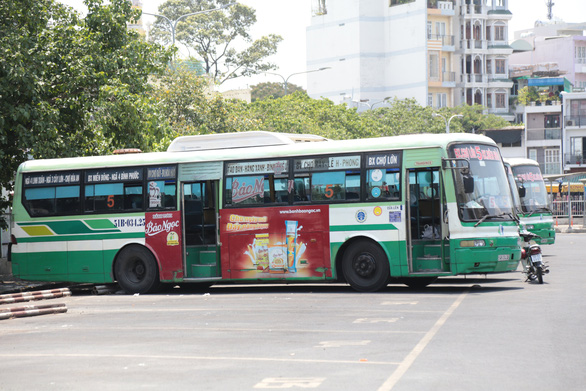 Ho Chi Minh City has allowed the first bus to resume operations after nearly a month of suspension as part of the government’s enhanced social distancing order to curb the transmission of novel coronavirus disease (COVID-19).

The city’s Cho Lon is a neighborhood consisting of parts of District 5, District 6, and District 11 while Bien Hoa is the capital of Dong Nai.

The municipal administration began suspending all buses on April 1, when Vietnam went into extensive social distancing to slow the COVID-19 spread, in accordance with an order from Prime Minister Nguyen Xuan Phuc.

The government started gradually easing restrictions on April 23 after infection rates had slipped since April 4.

The bus will make 20 journeys a day, the center said.

The operators of the bus are required to take precautionary measures, as per regulations on COVID-19 prevention and control, such as asking passengers to declare health status and wear face masks.

They are permitted to reject any passenger refusing to follow the rules.

Plans on the reopening of other bus routes will be announced after May 3.

Waterbus No. 1, running from Bach Dang to Linh Dong in Ho Chi Minh City, is scheduled to come back on stream on May 3, its operator Daily Limited Company said on Tuesday.

The bus will make 12 journeys a day and the frequency will gradually increase over time, the firm added.

The national tally remains at 270, with 221 recoveries.

The Southeast Asian country has confirmed only two new patients, both imported cases in quarantine, since April 17.