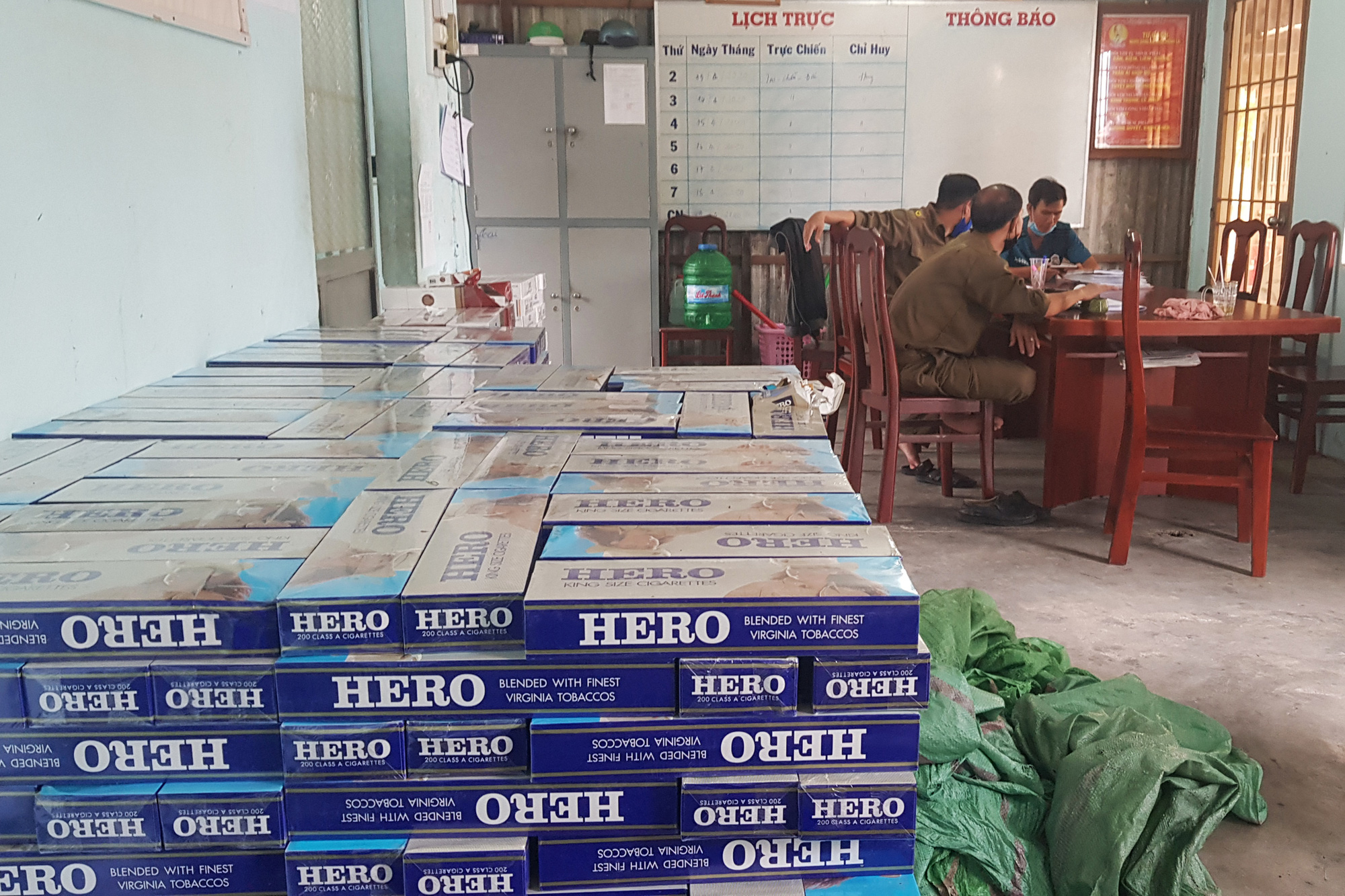 A group of about 200 people who were caught attempting to smuggle around 20,000 packs of cigarettes from Cambodia into Vietnam on Tuesday violently resisted arrest, leaving four border guards and one police officer injured.

The border defense command in the Mekong Delta province of Kien Giang told Tuoi Tre (Youth) newspaper that the unit was working with the provincial police to investigate the incident.

At 2:00 am on Tuesday, a group of Vietnamese border defense officers, police officers, and militiamen were patrolling along the Vietnam-Cambodia border in Kien Giang to prevent people from entering the country, as part of the measures to stem the spread of the novel coronavirus.

They were also teaming up to combat rampant smuggling activities along the coastal area in My Duc Ward of Ha Tien City in Kien Giang.

At that time, the officers found a group of around 200 people carrying about 20,000 packs of cigarettes from Cambodia into mainland Vietnam, each pack containing 20 cigarettes.

Upon spotting the on-duty officials, ring members rushed to head back to Cambodia.

As a result, the officers were only able to capture two smugglers and confiscate 2,500 packs of cigarettes.

Other members of the group resisted arrest, threw stones at the officers, and attacked them with knives and sticks to rescue their fellows.

The ring even mobilized around 100 more members to assault the officials in an attempt to reclaim the seized goods.

One border guard was injured on his head while three others sustained minor injuries after the 20-minute clash. One police officer suffered a broken arm.

Due to the impacts of the novel coronavirus disease (COVID-19) pandemic, the price of smuggled cigarettes has recently shot up by nearly two times.

This has caused smugglers to become more aggressive and willing to put up a fight when caught.

About one week ago, one local P.E. teacher was found carrying 13,000 packs of cigarettes on a small boat from Cambodia to Giong Rieng, a rural district in Kien Giang.