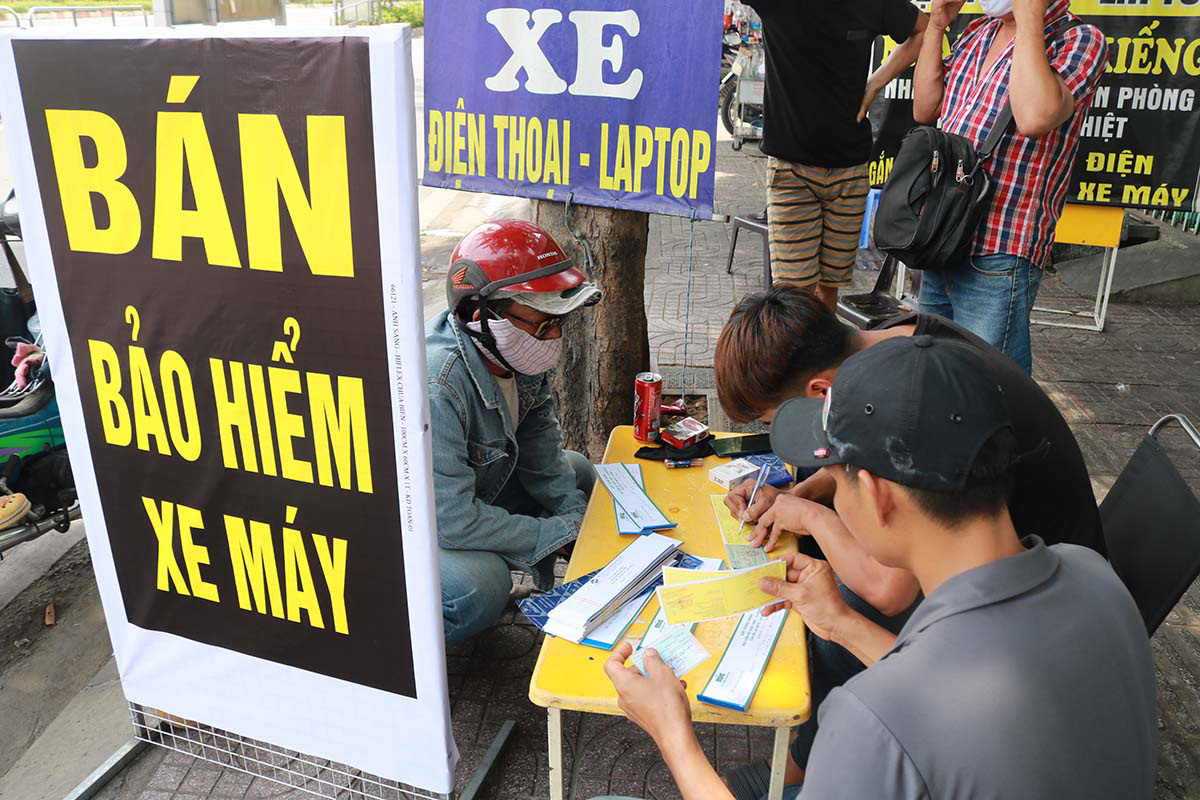 Many residents in Ho Chi Minh City are rushing to purchase certificates of motor vehicle insurance as traffic police officers are waging an aggressive month-long campaign to inspect road users.

Under the campaign, which lasts until June 14, road users in the southern metropolis can be pulled over by traffic police officers for an administrative inspection regardless of whether or not they have committed a traffic violation.

The mandatory insurance covers civil liability in the event of traffic accidents, according to lawyer Le Trung Phat, who runs a private law firm.

Those stalls offering such certificates along major roads from or to the southern metropolis, including the Hanoi Highway, Pham Van Dong Boulevard, and National Highway 1, were crowded with customers last week.

Nguyen Anh Bao told Tuoi Tre he has reluctantly bought the insurance, fearing to be fined.

“None of my parents, older sisters or brothers have bought insurance certificates for their vehicles,” said the 20-year-old man.

Le Thi Kim Dung, 27, who works as an agent for an insurance company based in Ho Chi Minh City, said she has been overwhelmed by scores of customers who ask for vehicle insurance certificates in the recent days.

She said there were weeks in the past when she was unable to sell a single certificate of vehicle insurance, but things have drastically changed since the road inspection campaign was launched.