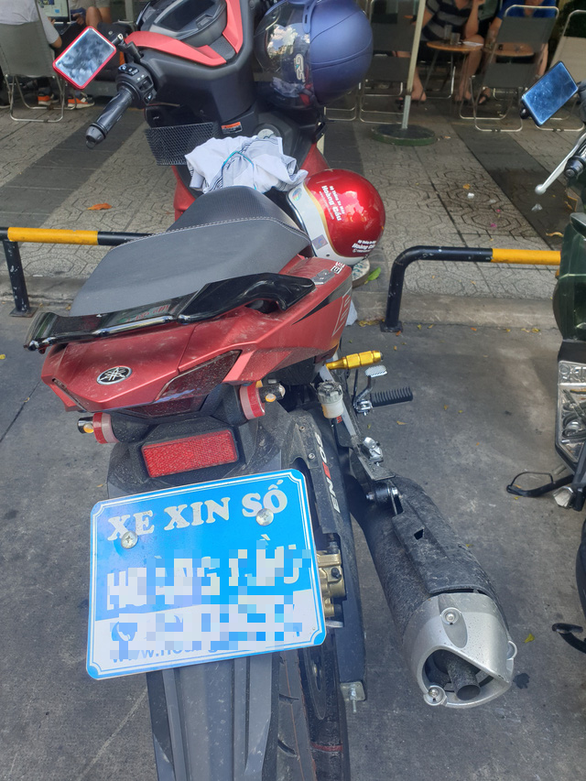 Police inspectors in Ho Chi Minh City are looking into a case in which a local traffic police officer has been accused of coercing a traffic violator into paying money to reclaim his seized motorbike and driver’s license.

The director of the municipal Police Department, Le Dong Phong, has asked local police inspectors to carry out an investigation into the case following reports covered by Tuoi Tre (Youth) newspaper and other media outlets.

If the allegations are true, the traffic officer in question would face a stiff penalty, according to the city’s police chief.

P. said he was riding his newly-purchased Yamaha Exciter 150 motorcycle from a dealership at around 9:00 am on May 12.

When the man was riding past Hoang Van Thu Park in Tan Binh District, he was pulled over by a group of traffic police officers for an administrative check.

P. showed a police officer his driver’s license and a vehicle purchase receipt from the dealership.

The lieutenant said P.’s no-plate violation is subject to VND6.2 million (US$265) in fines.

However, according to Vietnamese laws, those caught riding unregistered motorcycles without plates are subject to a fine ranging from VND300,000 ($12.8) to VND400,000 ($17.1), way below the alleged sum the policeman asked for.

The officer allegedly requested that P. pay the sum on the spot, telling the young man he would get his driver's license back if he paid.

P. did not agree to the demand, saying he was a manual laborer and did not have enough money to pay for it.

The police officer went on to seize his vehicle and escorted him to the Tan Son Nhat traffic police office on Tran Huy Lieu Street in Phu Nhuan District.

The lieutenant led P. into an empty office and demanded a sum of VND5 million ($215) from the man, according to his letter of denouncement.

The man insisted he did not have enough money for the so-called fine.

The officer then asked to see his wallet and allegedly took four banknotes totaling VND2 million (US$85) from there without his permission.

The man was then allowed to take the motorcycle back home, but his driver’s license remained seized.

P. said he later got many phone calls from the traffic officer asking him to pay the remaining sum.

Feeling frustrated, he visited the municipal police department on May 14 to bring the complaint against the officer.

The lieutenant was said to have offered his apology and asked the man to withdraw his letter, which he refused.