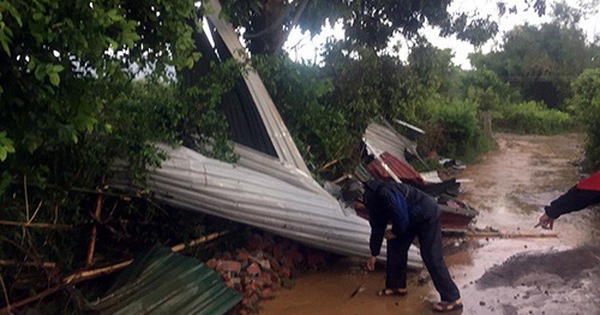 A woman was killed and two others seriously injured on Monday after being hit by a metal sheet that was gliding in the air due to strong gusts in the northern Vietnamese province of Hoa Binh.

The women were hit by a flying metal sheet measuring about 35 square meters, apparently coming from the roof of a nearby house.

M. died from a head injury, while the other two were also critically injured.

They are now being treated at Hoa Binh Province General Hospital.

Th. is in a coma with a traumatic brain injury, while L. is being treated for serious wounds.

According to an official from the Thu Phong Commune administration, a thunderstorm accompanied by strong gusts swept through the locality on Monday afternoon.

About ten houses had their roofs blown off, while many trees were uprooted and a large number of crops were damaged.