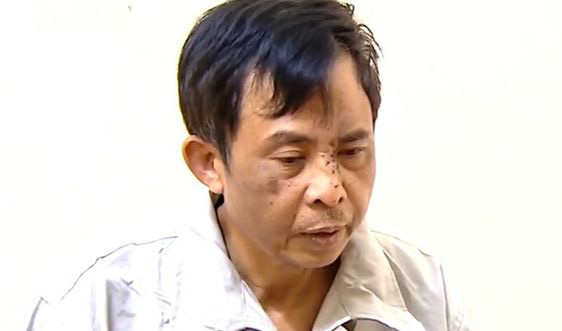 A total of 29 residents in an outskirts commune of Hanoi could be indicted on charges of murder and obstruction for their involvement in a disturbance that saw three police officers being burned to death early this year.

The Hanoi Police Department on Friday published the findings of its investigation into the deadly incident in Dong Tam Commune in the outlying district of My Duc, Hanoi.

All the 29 individuals are accused of having plotted and carried out a plan to resist and kill members of a police task force who guarded the construction of a fence around Mieu Mon, a local military airfield.

Many of these individuals are relatives of Le Dinh Kinh, an 84-year-old local who died during the incident.

According to the investigation findings on Friday, the Air Defense and Air Force under the Ministry of National Defense came up with a plan in November 2019 to build the fence around the airfield.

Hanoi Police Department was asked to have its officers guard the construction site to ensure security and order there.

On January 9 this year, the municipal police teamed up with the Mobile Police High Command under the Ministry of Public Security and other forces to patrol the area so that the fence could be erected safely.

However, the law enforcement officers were repeatedly attacked by a group of locals armed with grenades, firebombs, bricks and stones in the early morning of that day.

Police officers used loudspeakers to call on the locals to stop their illegal acts and surrender but to no avail.

As a group of three law enforcement officers attempted to approach the house of Kinh with the aim of arresting the attackers, they were ambushed by a group of armed men, causing them to fall into and become trapped in a four-meter-deep pit dug between two houses.

The attackers poured gasoline into the pit and set the officers alight, killing them, according to the police investigation findings.

Investigators found that Kinh was the mastermind behind the civil disturbance who frequently held meetings with locals where he gave distorted information on the land plot used for the construction of Mieu Mon Airport and incited locals to file lawsuits against the project.

On January 9, the investigation unit of Hanoi Police launched criminal proceedings against the case to investigate three charges including “murder,” “illegally storing and using weapons,” and “resisting on-duty officers.”

Around 30 people were arrested for the investigation.