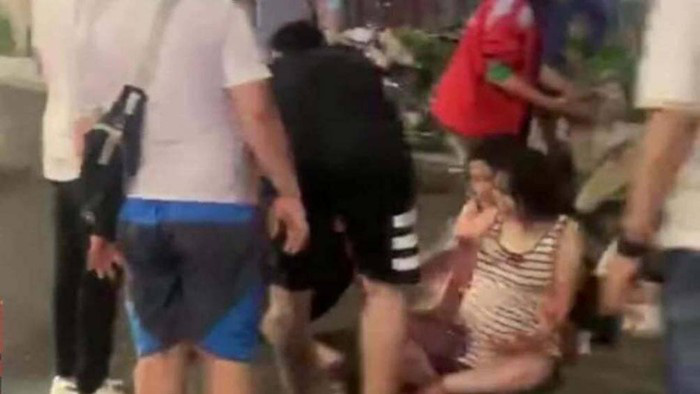 Police in Hanoi have arrested a young man after he broke the motorbike speed limit and hit a pregnant woman while riding under the influence of alcohol, causing the victim to have a miscarriage.

The accident happened around 11:30 pm on Saturday on Nguyen Trai Street in Thanh Xuan District, Hanoi.

At the time, 30-year-old Ngoc was riding a motorbike with two others riding pillion when he rear-ended another motorbike carrying a husband and wife running in the same direction.

The wife, who was in her 32nd week of pregnancy, was rushed to the hospital with her fetus in a critical condition following the impact.

Although the couple only sustained minor injuries, their unborn child did not survive the accident.

Police in Thanh Xuan District said Ngoc had an alcohol level of 0.6 milligrams per liter of breath at the time of the accident.

Riding a motorbike with a breath alcohol content at that level is subject to a VND6-8 million (US$260-345) fine and driver's license revocation of 22 to 24 months, according to Vietnamese law.

A government decree which entered into effect on January 1 dictates hefty fines on people driving a vehicle after drinking any amount of alcoholic beverages.

All DUI violators can have their driver's license revoked for up to 24 months.

The average Vietnamese earned VND4.2 million ($183) in monthly income in 2019, according to the General Statistics Office.