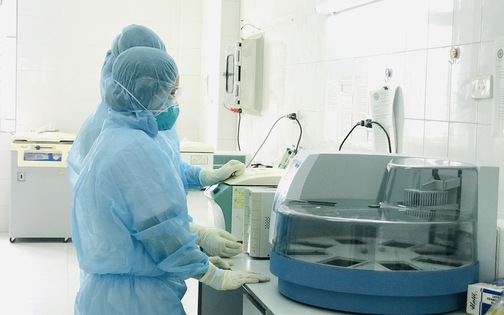 Indonesian, initially positive for COVID-19, comes out negative in conclusive test in Vietnam

An Indonesian man who was found positive for the novel coronavirus on Tuesday has conclusively tested negative, the National Steering Committee for COVID-19 Prevention and Control said on Thursday.

The Pasteur Institute in Ho Chi Minh City tested the man and all of his contacts on Wednesday, and confirmed they were not infected, the committee said.

It did the tests after receiving a quick report from the Ho Chi Minh City Center for Disease Control (HCDC) on the Indonesian’s initial positive result.

The institute is one of the facilities authorized to conduct conclusive COVID-19 tests in Ho Chi Minh City.

The Indonesian in question is AJI, born in 1989, the committee announced.

AJI entered Vietnam via Tan Son Nhat International Airport in Ho Chi Minh City on March 11. He then went to Binh Duong Province, which borders the city to the north, in his company’s car.

He stays on the second floor of a hotel in My Phuoc Ward, Ben Cat Town, Binh Duong.

He is an engineer in a factory at Binh Duong’s Bau Bang Industrial Park, 20km from his hotel. He commutes to work in a private car provided by his company every day.

From March 11 till now, AJI has been in normal health and mostly traveled between his hotel and company.

On Tuesday, he traveled with a compatriot in their company’s car to a medical facility in Thao Dien Ward, District 2, Ho Chi Minh City for a coronavirus check before his flight back to Indonesia, the HCDC said in its quick report on Wednesday.

His sample was taken by staff at the facility.

The patient visited Ben Thanh Market in District 1, Ho Chi Minh City prior to his return trip to Binh Duong.

His test, conducted by FV Hospital in the city’s District 7, returned positive the same day so he was admitted to the Binh Duong General Hospital right away.

FV is not authorized to confirm COVID-19 cases.

A tracing report showed that he had had contact with 145 people, including 132 colleagues, company executives, drivers, and factory workers; seven people at the hotel; two at a diner; and four at a clinic in District 2, Ho Chi Minh City.

These contacts’ tests at the Pasteur Institute have all returned negative for the pathogen.

Vietnam has reported 355 COVID-19 cases as of Thursday, with 336 recoveries and zero deaths, according to the Ministry of Health.

The Southeast Asian country has documented no locally-transmitted infection for 77 days in a row.