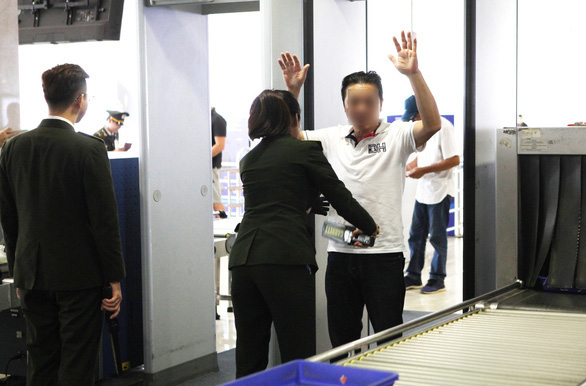 The Civil Aviation Administration of Vietnam (CAAV) has slapped two women and a man with a one-year flight ban for altercations with cabin crew and violating regulations on aviation safety.

Bui Thi Phuong C., 25, a woman from the northern province of Thai Nguyen, is banned from flying through July 3 next year and subject to strict security screening at airports for six months after her ban expires.

C. was fined VND4 million (US$172) by the Northern Airports Authority last month for hurling her phone at the chief purser of a Vietjet flight from Hanoi to Ho Chi Minh City on June 19 after the flight attendant asked her to switch off the device for takeoff.

Tran Trung Th., a 49-year-old man from Hanoi, was similarly punished for getting into an altercation with a flight attendant and other passengers aboard a Vietnam Airlines flight from Hanoi to Ho Chi Minh City on May 21.

The other female passenger is N.T.B.T., 53, from Hanoi, who was aboard a Vietnam Airlines flight from the south-central province of Binh Dinh to Hanoi on June 2.

T. took a life jacket from under her seat and tore its cover without a request from the cabin crew.

She was fined by the Northern Airport Authority for her administrative violation on June 5, but failed to pay the fine before the deadline.

The three passengers will not be allowed to board any flights in or departing from Vietnam until the end of July 3, 2021.

Airport authorities are asked to closely monitor passengers’ identities to timely prevent them from flying during this 12-month period.