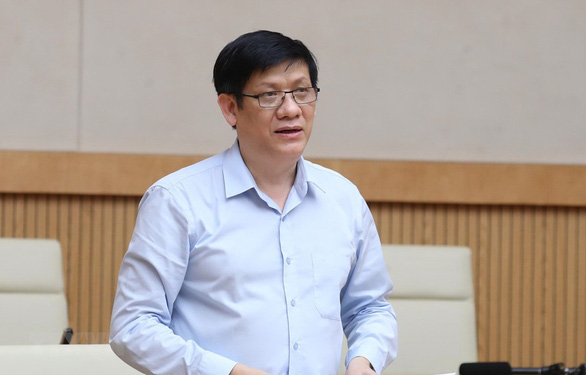 Prime Minister Nguyen Xuan Phuc on Tuesday signed a decision to appoint an infectious disease expert who has played an important part in Vietnam's fight against COVID-19 as acting Minister of Health, eight months since his predecessor retired.

The acting minister, Nguyen Thanh Long, was born in 1966 in Nam Dinh Province.

Long has a doctorate in medicine and is an infectious disease expert.

He held senior positions in the preventive medicine and HIV/AIDS prevention departments at the health ministry in the past.

He was promoted to deputy health minister in 2012 before being named deputy chief of the Party’s Central Committee for Propaganda and Education in 2018.

Long has played a significant role in Vietnam’s response to the COVID-19 pandemic, providing professional advice to the government.

He once told local media that Vietnam was taking unprecedented measures like quarantining tens of thousands of people, locking down clusters, and implementing enhanced social distancing across the nation to fight off the virus.

A top epidemiologist, she was director of the Pasteur Institute in Ho Chi Minh City from 2002 to 2007.

Deputy Prime Minister Vu Duc Dam has been in charge of the ministry since Tien stepped down as health minister.

Vietnam has basically contained COVID-19, with 369 confirmed cases and zero deaths out of a population of nearly 100 million people, according to the health ministry's statistics.

The country has gone 82 days without any community spread of the disease.