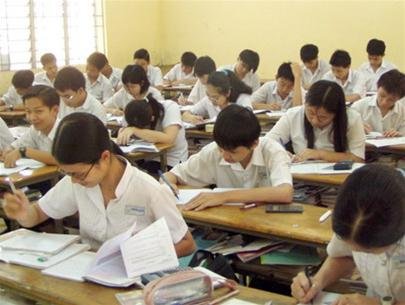 A high school student in Ho Chi Minh City is dead after jumping off the roof of his school, leaving behind a suicide note blaming his decision on the heavy burden he felt to achieve academic success.

The police bureau in Tan Binh District confirmed on Wednesday afternoon that a student at Nguyen Khuyen High School had committed suicide.

The young boy was identified as H.T.C., 16, from the Central Highlands province of Dak Lak, a boarding student in class 10E.

At around 5:15 am on April 10, Nguyen Khuyen High School students were performing a morning exercise routine when two teachers spotted C. standing on the roof of a four-story building on campus.

The teachers ask C. to come back inside and asked two of his classmates to assist in the effort.

One of the classmates climbed on the roof in an attempt to convince C. to reconsider jumping.

However, C. remained silent. Without warning, he smiled, cried, and ran off the building.

The boy was admitted to the My Duc General Hospital in Tan Binh at around 6:50 am that same day, but doctors stated he was already dead on arrival.

Police officers later arrived at the school to collect statements and carry out an investigation.

Initial reports state that C. had left behind a suicide note sharing that he had been under enormous pressure from schoolwork.

His family wanted him to achieve high scores in order to be a member of the best class in the school.