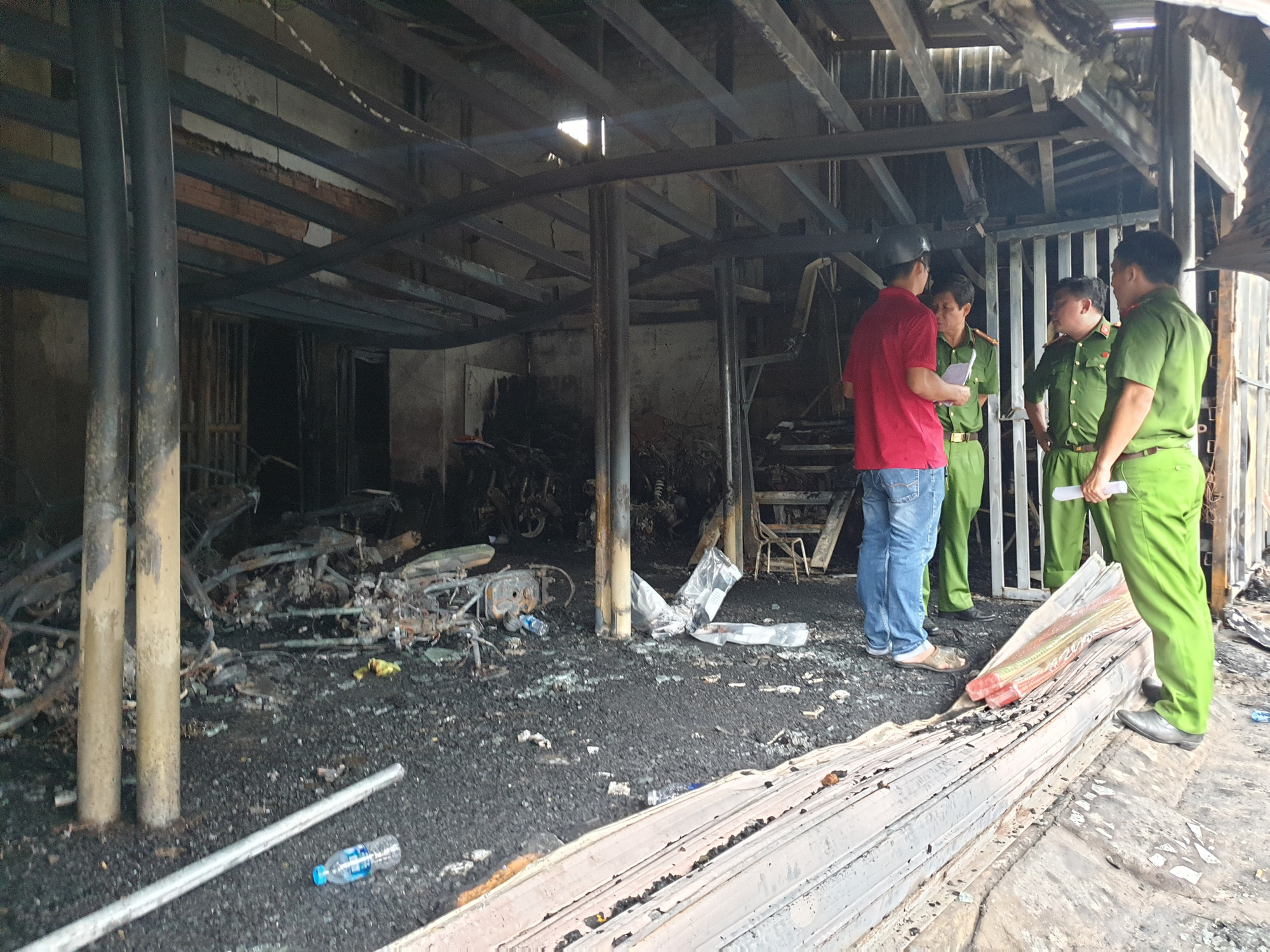 A man in the southern Vietnamese province of Binh Duong allegedly murdered his girlfriend and her daughter before committing suicide by setting a house ablaze with himself and the two victims still inside.

Nguyen Xuan Hoa, 31, Do Thi Uyen, 30, and Do Viet Anh – Uyen’s six-year-old daughter – were found dead after a fire broke out at a pawn shop in Tan Dong Hiep Ward, Di An City on Wednesday morning.

Eyewitnesses said that the shop was closed when the incident occurred.

A preliminary investigation by the provincial Department of Police showed that Hoan and Uyen were in a relationship and had been living together, along with Anh, at the shop.

Anh was the child of Uyen and a South Korean man.

On the day of the incident, Anh was absent from school, thus the teacher decided to contact her mother.

A man picked up the phone, claimed that he was Anh’s father, and stated that Anh needed to stay home that day.

Evidence at the scene indicated that Hoan might have killed Uyen and Anh before committing suicide by setting them all on fire.

Hoan had also posted several photos of him and Uyen along with an emotional caption on his Facebook account the night before the incident.