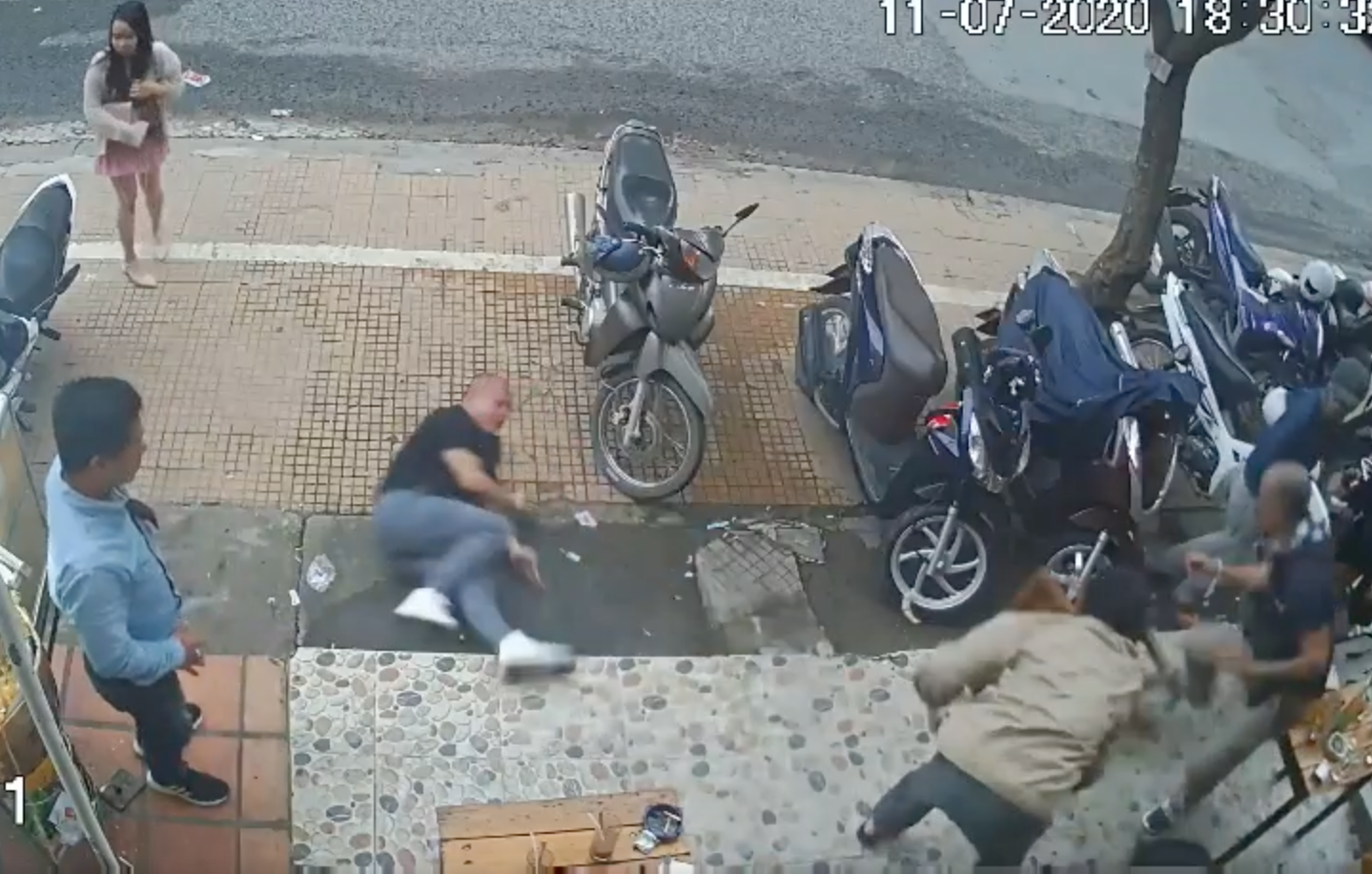 A man has been attacked by strangers at a coffee shop in Da Lat, a popular tourist destination in Vietnam’s Central Highlands, after criticizing a new attraction in the resort city on his Facebook account.

Do Khoi Nguyen, 34, was assaulted by a group of four men at a coffee shop near his house in Ward 2, Da Lat City on Saturday afternoon, police confirmed on Monday.

Nguyen was hospitalized with soft-tissue injuries following the incident.

One of the attackers was later identified as Pham Duc Vuong, an employee of Lien Minh Group.

Lien Minh Group is the developer of a brand new and rather controversial attraction in Da Lat – the Quy Nui-Suoi Ma (Mountain Demon-Ghost Stream) tourist area.

The venue is designed with a dark theme and features various types of demons, monsters, and other horrific creatures.

Nguyen said he had posted two photos of the demon statues at the tourist area to his Facebook account last week, along with a negative caption.

Shortly after the status was uploaded, Vuong contacted Nguyen and came to his workplace, demanding that the post be removed.

When Nguyen agreed to delete the photos, Vuong invited him to a nearby coffee shop.

Vuong and three other men who were already there then required Nguyen to make an on-camera apology.

Nguyen refused and ended up being attacked by the men.

A representative of Lien Minh Group has confirmed that Vuong is a probationary employee of the firm who is in charge of teaching martial arts at a subsidiary of the group that provides security and bodyguard services.

The representative asserted that Lien Minh did not ask Vuong or any of its employees to contact or attack Nguyen.

“We have been working with police officers to verify the case and asked Vuong to apologize to the victim,” said Vo Thi Khiet, vice-chairwoman of Lien Minh Group.

“We would never do such a thing. It would surely damage our credibility,” Phuc said.

“However, we will take responsibility for Vuong’s action as he was our employee, and make sure Nguyen will be protected from other potential harm.”