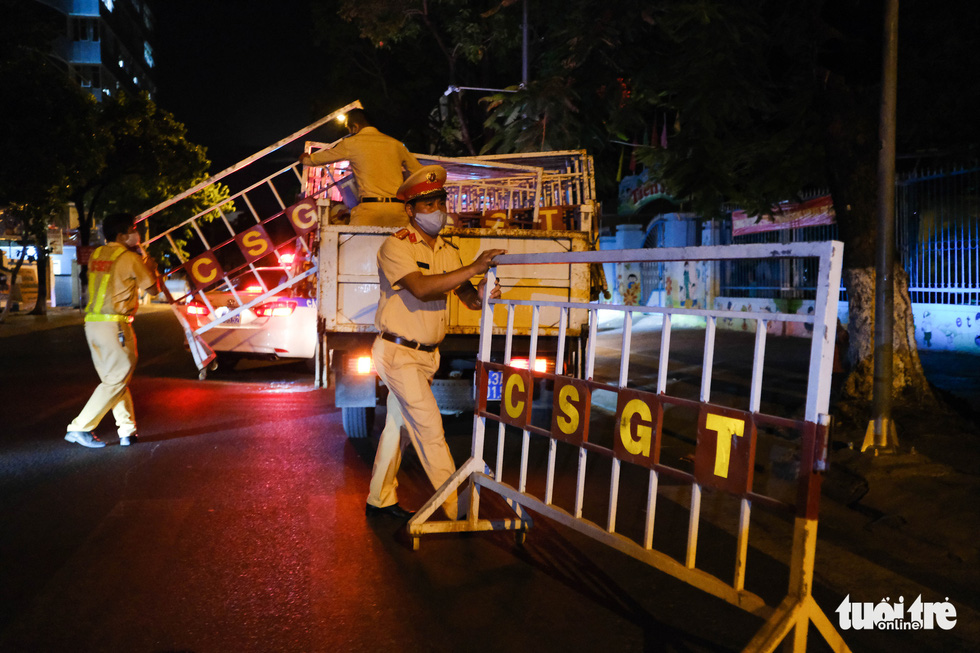 Authorities in Da Nang have locked down three local hospitals and four streets from July 28 until at least August 11 as these areas are linked to the locally-transmitted COVID-19 cases recently recorded in the city.

The lockdown started at 0:00 on July 28 and will last until the end of August 11 and authorities say it may be further extended.

These areas are where recently-recorded COVID-19 patients had been prior to their diagnosis.

Many businesses and residents were seen evacuating their possessions from the areas on Monday night before the lockdown was enforced.

Fourteen patients are being treated in Da Nang while one is in medical care in Quang Ngai Province, about 160 kilometers south of Da Nang.

The government has decided to reinstate enhanced social distancing in Da Nang for at least 15 days from Tuesday, similar to measures enforced nationwide in early April, when Vietnam was at the peak of the pandemic.

Authorities in the coastal city have banned crowded events, shuttered non-essential services, and stopped receiving domestic tourists to prevent the virus from spreading.

Vietnam’s COVID-19 tally was at 431, with 365 having recovered as of Tuesday morning, according to Ministry of Health statistics.

Acting Minister of Health Nguyen Thanh Long said Monday the virus strain detected in the new wave of patients had not been identified in Vietnam before.