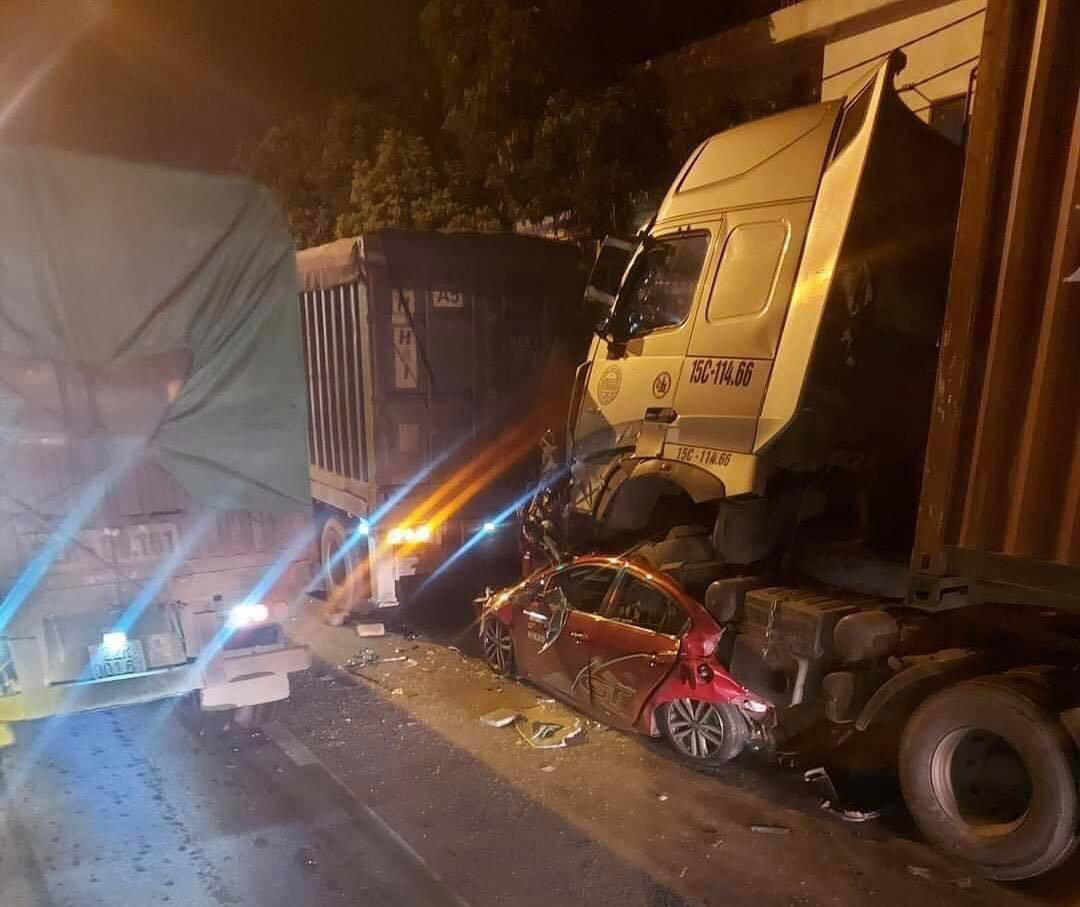 Three people were killed and another injured after a car was crushed by a trailer truck while stopping at a red light in Hanoi early on Tuesday morning.

The accident occurred at Nguyen Van Linh-Sai Dong Intersection along National Highway No. 5 in Sai Dong Ward, Long Bien District at around 4:00 am, according to preliminary information.

A trailer truck was traveling along the street when it rear-ended an automobile carrying four people that was stopping at a red light.

The truck ran up and over the vehicle, crushing it and killing three of the people inside while severely injuring the other.

The injured victim was immediately brought to the hospital for emergency treatment.

The automobile was heavily damaged with the front of the truck also sustaining serious damage.

The Ministry of Public Security has ordered the Hanoi traffic police division to direct an investigation into the case.