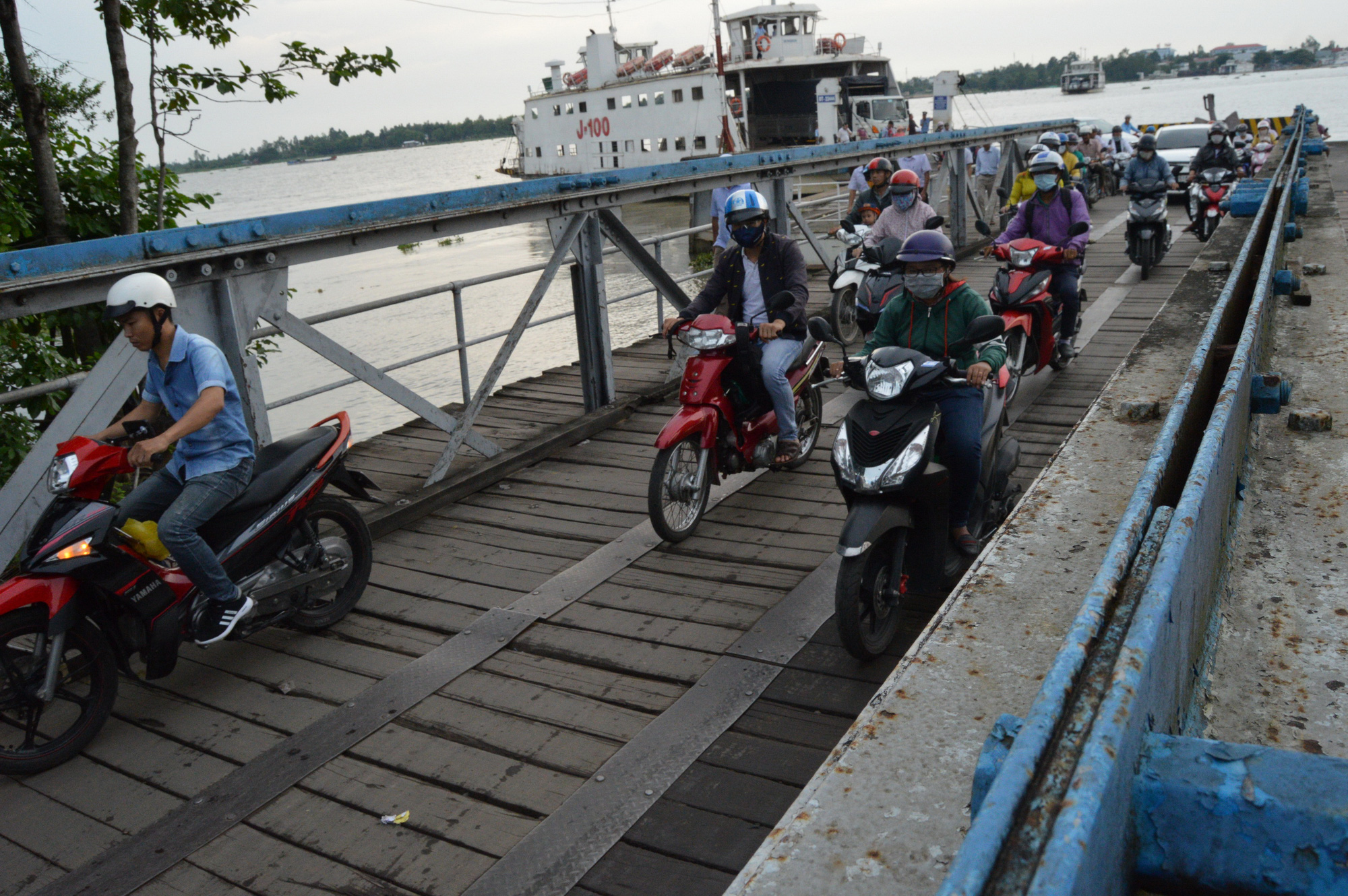 The Cao Lanh Ferry, located in Dong Thap Province in Vietnam’s Mekong Delta, will be officially shut down from Monday after nearly a century of operation.

The provincial Department of Transport has announced that the Cao Lanh Ferry will be closed from 0:00 on August 24.

The ferry previously provided transport services between Cao Lanh City and Lap Vo District in Dong Thap, which are separated by the Tien (Front) River.

Following the shutdown, parts of the Cao Lanh Ferry Wharf will be used for the construction of Hong Ngu-Tan Chau Ferry Station, which connects Dong Thap and An Giang Provinces.

The Dong Thap transport department will also carry out a bidding process to find suitable developers of some small-scale ferry services to service transportation between Cao Lanh City and Lap Vo District.

Local residents have spent their time traveling on the Cao Lanh Ferry over the past days before it is shuttered for good.

For many people in the province, the ferry gives them a feeling of nostalgia as it was a major part of their childhood as well as the local culture.

The Cao Lanh Ferry was put into operation nearly 100 years ago. Its original name was Tan Tich and was later changed to Bac Cao Lanh.

The Dong Thap People’s Committee changed the name of the ferry service to Cao Lanh in 1992.

In May 2018, the US$307 million Cao Lanh Bridge was inaugurated to provide a faster way to travel between Cao Lanh City and Lap Vo District, as well as improving traffic connectivity in the Mekong Delta.

The structure, which is two kilometers long and 25 meters wide, features four lanes for motorized vehicles and two for bicycles, with the design speed of 80 kilometers per hour and a navigation clearance of around 38 meters.

The operation of the Cao Lanh Ferry was thus downsized to a few journeys a day.

However, many residents still preferred to use the ferry service with ease, as they would need to cover a distance before being able to cross the Cao Lanh Bridge.