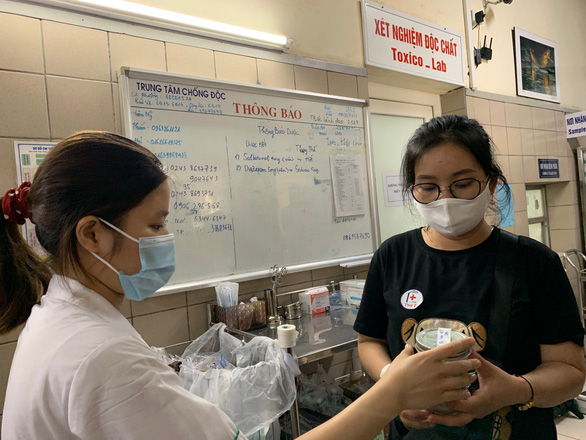 Vietnam receives antitoxin shipment from WHO to treat botulism cases

The Ministry of Health on Tuesday said the World Health Organization (WHO) has provided Vietnam with ten more vials of antidote worth US$8,000 each to treat ten serious botulinum poisoning cases caused by the consumption of a vegan pâté product of a local brand.

The ten vials were sent from Europe, while two similar vials of the antidote granted by the WHO had previously been delivered from Thailand on August 29.

An investigation later revealed that all of the poisoned patients had consumed a vegan pâté product of the brand Minh Chay, which was produced by Hanoi-based Loi Song Moi Company.

Tests on the vegan pâté showed that it contains Clostridium botulinum type B, an anaerobic bacteria with strong toxins that can damage human health and lead to fatality.

Loi Song Moi has been suspended and fined VND17.5 million ($755) for failing to meet food safety standards following the incident.

The firm’s products are being recalled nationwide.

About 11,770 customers have bought the company’s products, of whom 7,449 purchased the Minh Chay vegan pâté.

Fifteen poisoned consumers have been hospitalized with such symptoms as muscle weakness, droopy eyelids, muscle paralysis, limb weakness, and difficulty breathing since July 13.

On Tuesday, the Vietnamese Ministry of Health also issued temporary guidelines for treatment of botulism.

Foodborne botulism is caused by consumption of improperly processed food, with the most particular example being canned meat. However, it is relatively rare.

Patients could end up with respiratory failure caused by paralyzed respiratory muscles, or even die.

A botulism patient may need support from a mechanical ventilator for two months before being weaned off the machine, and 100 more days of treatment before a full recovery.

Vietnam has barely recorded any botulinum poisoning cases, with the Minh Chay pâté being the biggest incident so far.

The Southeast Asian country thus does not have its own supply of antitoxins.

Hospitals have since requested that the health ministry import antidotes to treat the poisoned cases.