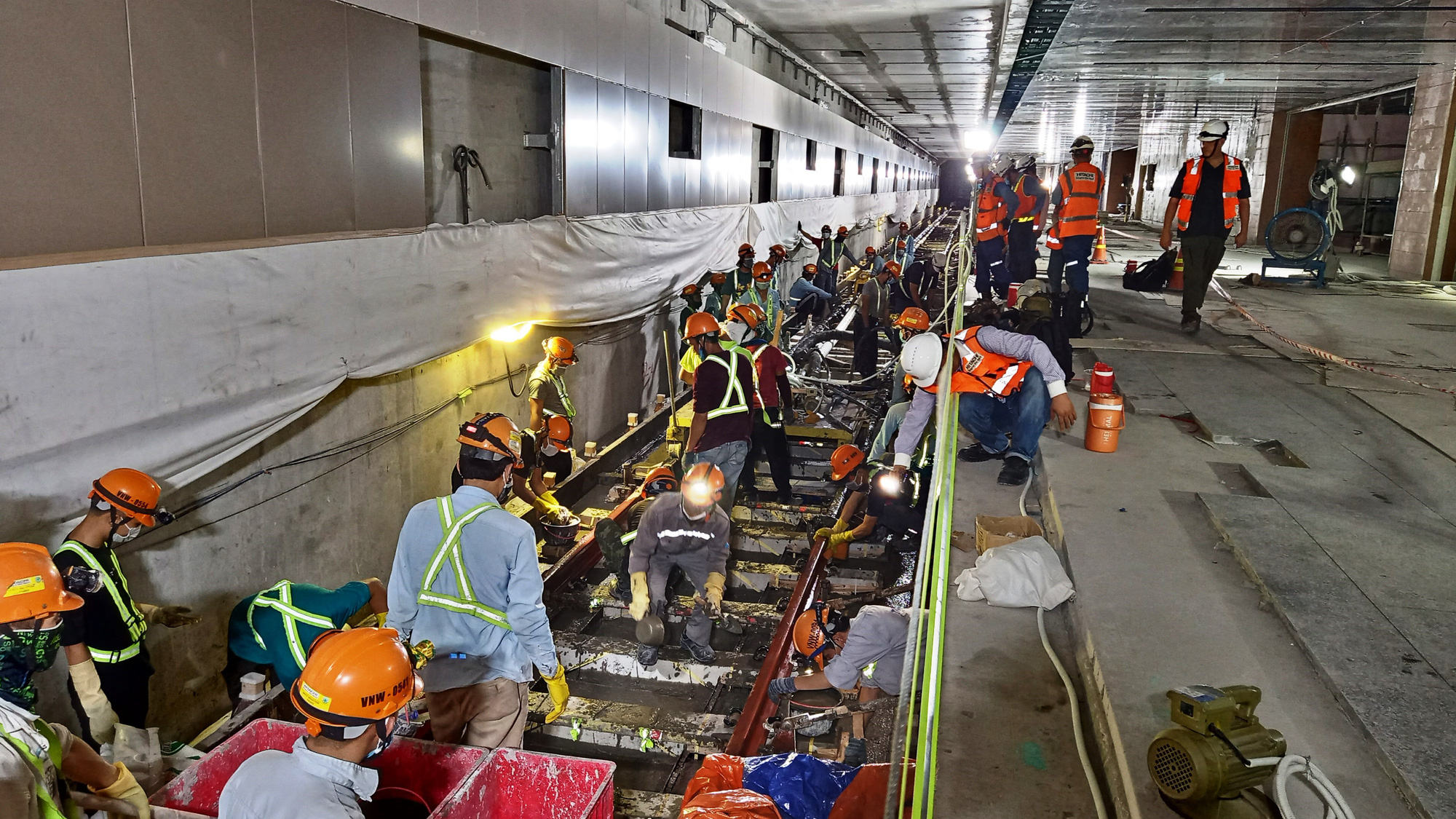 An underground metro terminal located in front of the Municipal Theater in downtown Ho Chi Minh City is nearly finished, as workers are completing the very last phases of construction.

Nearly 60 engineers and construction workers work every night to concrete the railway section inside the terminal, which is named for the Municipal Theater.

As observed by Tuoi Tre (Youth) newspaper reporters on Wednesday night, about 58 engineers and workers, divided into groups with different tasks, were conducting the step given surveillance by many consultants, supervisors, and contractors.

Due to limitations when it comes to concreting an underground space, the process is only carried out from 9:00 pm to 5:00 am every day, said Le Thanh Danh, one of the engineers.

The concrete must meet multiple technical requirements to secure the safe operations of trains in the future. About 110-120 meters of concrete is built along the railway on a daily basis, he stated.

Workers need to build concrete along a three-kilometer railway that runs from the Municipal Theater Terminal to Ba Son Terminal, and the overall process is slated for completion by November.

The first floor includes a lobby, ticket booths, automatic ticket gates, and an information station. Passengers will get on and off the trains on the second and fourth floors.

Metro route No. 1, which runs from Ben Thanh in District 1 to Suoi Tien Theme Park in District 9, is 19.7km long, including 2.6km underground railways and 17.1km elevated railways.

The project includes three underground stations and 11 stations above the ground.

The construction started in August 2012, and about 76 percent of the work has been finished so far, according to the Management Authority for Urban Railways.