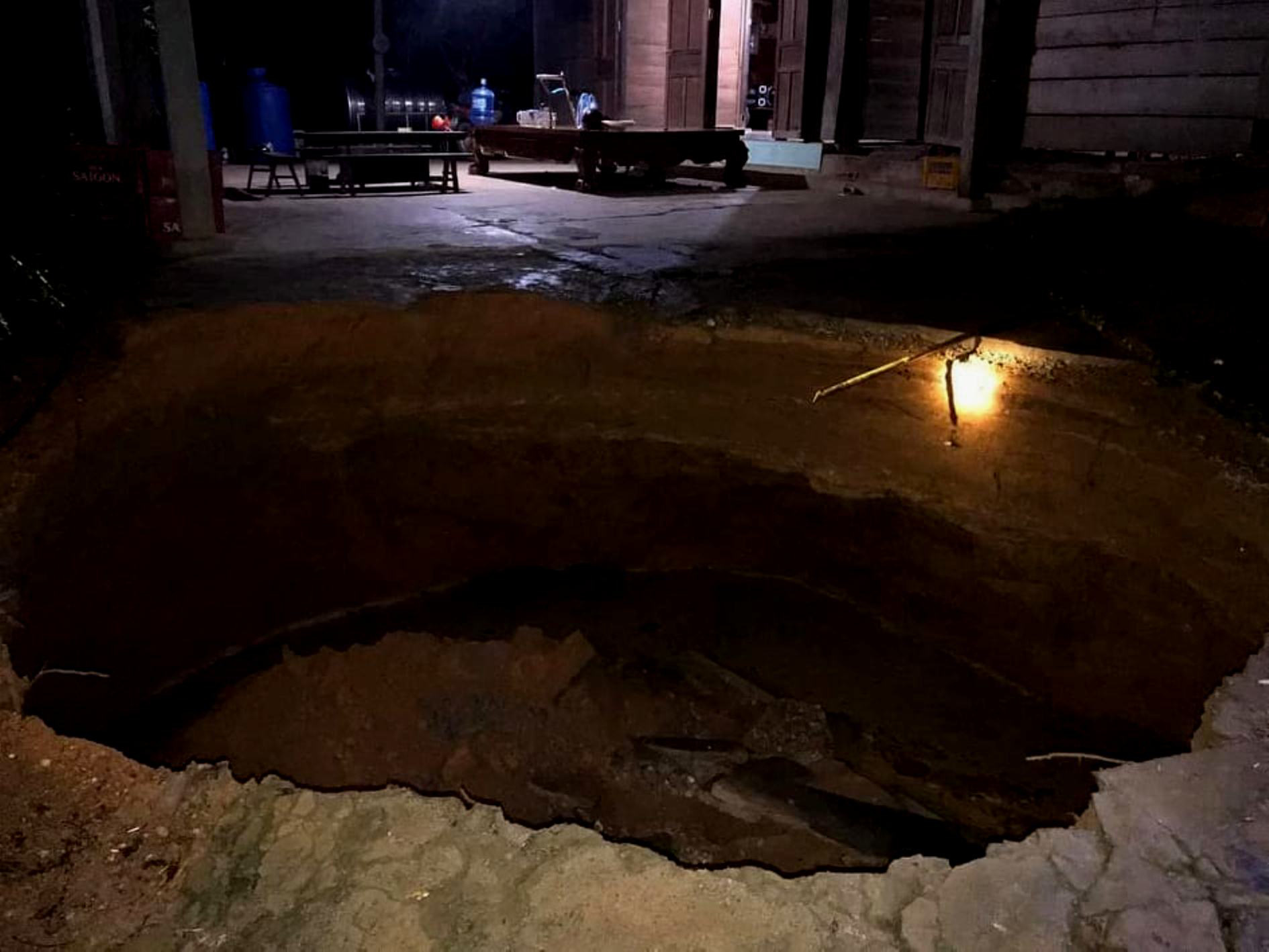 A large sinkhole suddenly appeared in a family’s front yard in the north-central Vietnamese province of Quang Binh on Monday night, making local residents fear for their safety.

The sinkhole was reported to open up in the front yard of a house owned by Dinh Thi Van in Hoa Thanh Commune, Minh Hoa District, Quang Binh Province, local authorities confirmed.

At around 7:00 pm, her family heard a strange loud noise coming from the front of the house.

After rushing outside, Van found an enormous hole measuring up to about eight meters in diameter and more than three meters in depth.

No casualties were reported as there was no one in the front yard at the time of the incident.

However, the sinkhole caused a stir among the neighborhood's residents and prompted them to report the occurrence to local authorities.

The cause of the incident is still being investigated.