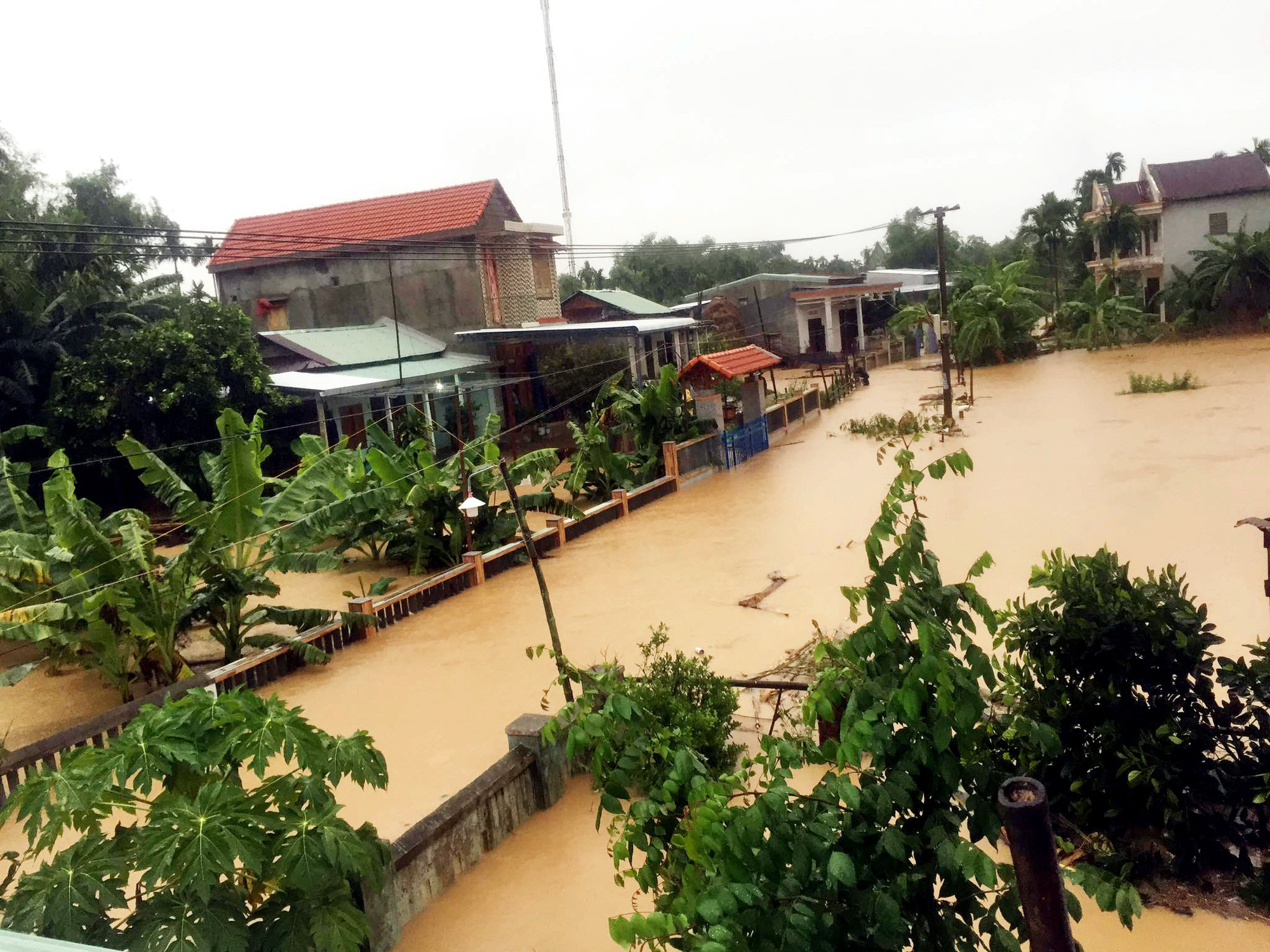 Serious flooding, which was caused by torrential rains, across central Vietnamese localities has prompted the urgent evacuation of nearly 11,000 people, while leaving four dead and seven missing.

Rainfall throughout Quang Binh, Quang Tri, Quang Nam, and Thua Thien-Hue Provinces and Da Nang City ranged from 400 to 980 millimeters on Thursday afternoon, submerging towns, neighborhoods, and major roads there, according to the Central Steering Committee for Natural Disaster Prevention and Control.

As of 5:00 pm on Thursday, 37 communes were declared unreachable because of the flooding.

A total of 10,994 people from 3,250 households in these localities were evacuated.

Preliminary reports showed that four people had died while five other people in Quang Tri, one in Thua Thien-Hue, and one in the Central Highlands province of Gia Lai have gone missing.

Torrential rains are also in the forecast for the central and south-central regions from October 11 to 13.

The downpours have been caused by the combined effects of a tropical convergence zone, a low-pressure area, and a cold front.