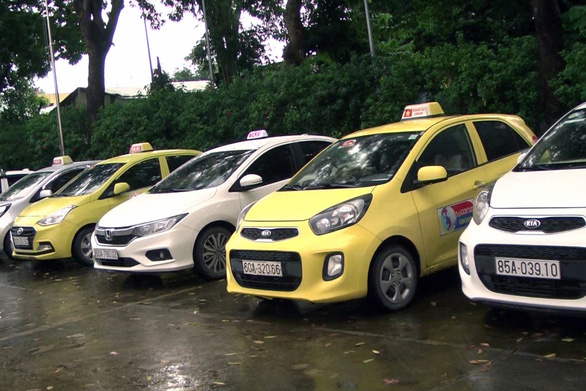 Police in Vietnam have arrested a group of taxi drivers of S.G. company for allegedly chasing after and assaulting another driver of their rival firm Mai Linh over client disputes.

The incident happened on Sunday, when a S.G. taxi driver approached and solicit two women in front of Dong Nai Children’s Hospital, located in the namesake province, to use his service.

However, the women rejected him and called a nearby Mai Linh taxi instead.

Assuming the Mai Linh driver was scrambling for the customers, five S.G. taxi drivers chased after and attacked the Mai Linh cabby.

The brawl was promptly spotted and intervened by local police.

Seven drivers and their taxi cars were taken to the police precinct for further investigation.

According to police officers, unregulated passenger transport services and drivers' rude manners toward customers have been a headache at Dong Nai Children’s Hospital.

Those drivers appear not only at the gate of the hospital but also at a nearby drop-off point of North-South buses, where passengers are immediately solicited whenever they leave the buses.

If a customer refuses to use their service or chooses another taxi from their competitors, the taxi drivers will pick a quarrel and attack both the customer and the rival driver.

Some clients are even forced to use their service at high fares.

To deal with this problem, Dong Nai’s police will strictly control taxi service providers in the southern locality and prevent violent disputes.