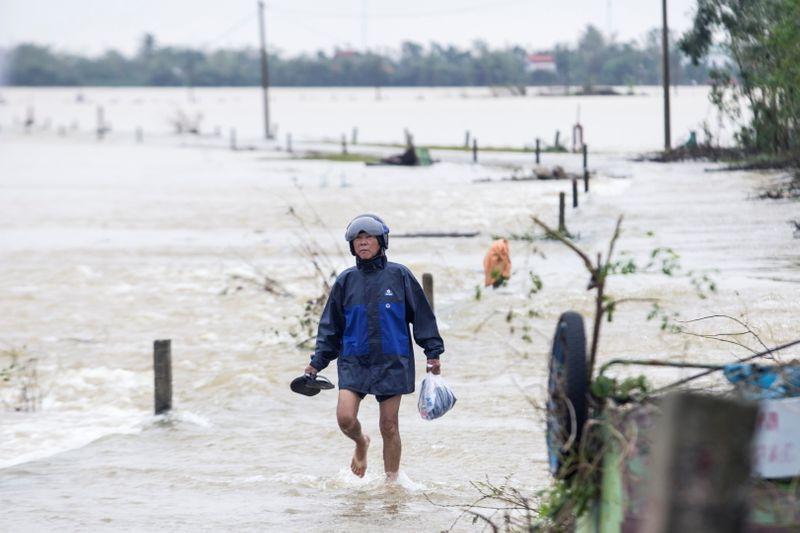 HANOI/MANILA -- Vietnam scrambled to evacuate thousands of people from their homes as tropical storm Saudel approached on Wednesday, bringing more misery for a country that has endured weeks of heavy rains and floods that have killed over 100 people.

Having already battered the Philippines, the storm was grinding its way across the East Vietnam Sea and was expected to hit Vietnam on Sunday, making landfall in central areas that are suffering from their worst flooding in two decades.

“The damage will be immense if we are not well prepared as the projected impact area has already suffered from floods and landslides,” Mai Van Khiem, chief of Vietnam’s weather agency said in a statement.

The region has been hit by particularly heavy rainfall amid the onset of a La Niña weather system, which is characterised by unusually cold temperatures in the equatorial Pacific Ocean.

In the Philippines, photographs showed widespread flooding and boats used to ferry residents to dry ground in Quezon province, southeast of the capital Manila.

Humanitarian groups have warned that the floods in Vietnam will exacerbate the hardships already being suffered by some of the country’s poorest communities due to the COVID-19 pandemic.

Delivering food to some of the most badly affected areas has become difficult, and photographs and television images of floodwaters almost completely submerging rural homesteads has unleashed an outpouring of donations for aid.

Volunteers across Vietnam have been making highly calorific “banh chung”, a traditional dish made from parcels of sticky rice stuffed with pork and wrapped in tropical leaves, to be handed out in the worst-hit areas.