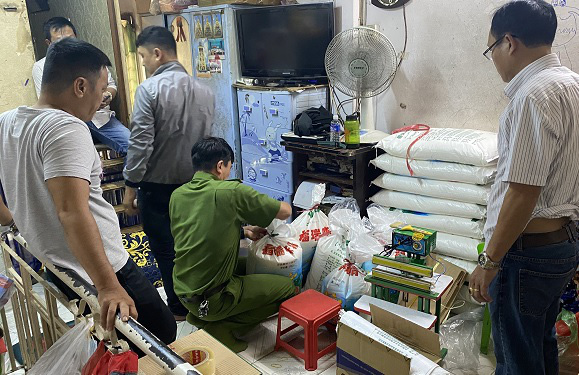 Ho Chi Minh City police uncovered hundreds of kilograms of fake monosodium glutamate (MSG) which they said originated in China at a warehouse in District 8 on Tuesday.

The fake MSG has been confiscated to aid officers in their investigation into the case, a representative of the District 8 police unit said on Thursday.

According to initial reports, local law enforcement pulled over a motorbike rider carrying a suspicious load on Tung Thien Vuong Street in District 8 at 1:10 pm on Tuesday.

Upon inspection, police discovered that the man, identified as 42-year-old District 8 resident Do Trach Kham, was transporting 120 packets of fake MSG in Ajinomoto brand packaging.

A search of Kham’s house uncovered 56 packages of MSG in Saji brand packaging.