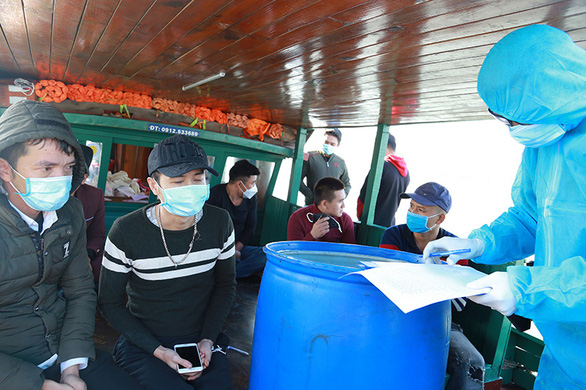 — Vietnam’s tally of COVID-19 patients stood at 1,366 cases, with 1,220 recoveries and 35 virus-related deaths, on Monday morning, according to the Ministry of Health.

— Two Chinese nationals who had illegally entered Vietnam and stayed at a hotel in Ha Long City, located in the northern province of Quang Ninh, tested negative for the novel coronavirus, the local authorities said on Sunday afternoon.

— Police in Vung Tau City, located in the southern province of Ba Ria - Vung Tau, are investigating a case where two gunshots were heard during a fight between two groups of young people on Hoang Hoa Tham Street on Sunday afternoon.

— Nearly 280 Vietnamese citizens in Saudi Arabia were brought home safely on a flight operated by Bamboo Airways, which was arranged over Saturday and Sunday by Vietnamese and Saudi Arabian agencies, according to the Vietnam News Agency.

— Vietnam’s agro-forestry-fisheries exports generated $3.72 billion in November, raising the total value in the January-November period to $37.42 billion, up 2.4 percent over the same period of 2019, according to the Ministry of Agriculture and Rural Development.

— The Cat Linh-Ha Dong Line, known as Line 2A in Hanoi’s urban railway system, will undergo a full-scale trial run starting from December 12 in order to test its safety for final approval.

— The Mekong Delta city of Can Tho has plans to build a flower road in celebration of the 2021 Lunar New Year holiday, which is expected to be open to visitors from February 8 to 16, with a budget of VND6 billion ($260,716) from private investors.