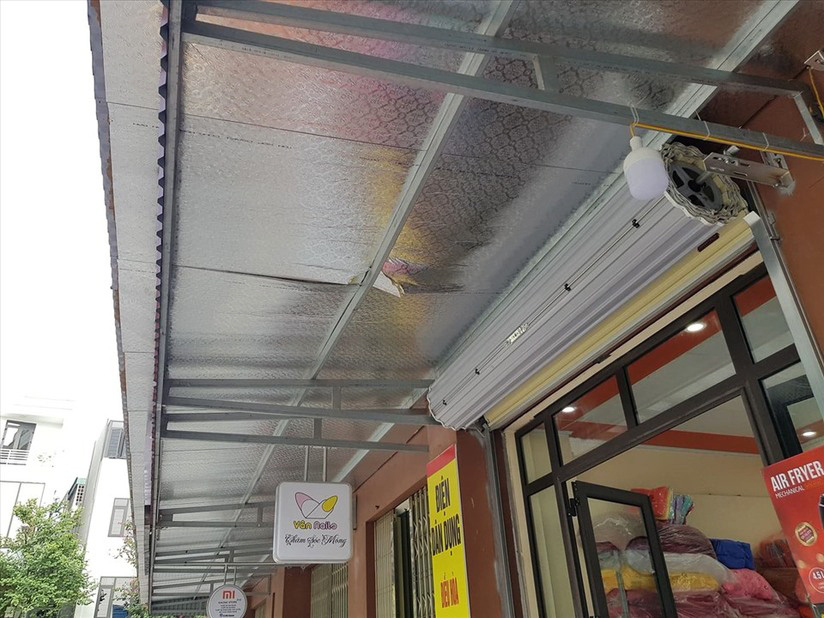 A three-year-old boy has survived a fall from the eighth floor of an apartment building in the northern Vietnamese province of Thai Binh after landing on a metal roof.

The incident was confirmed by an official of the Thai Binh Province Children's Hospital on Thursday.

The young boy suffered no serious injury but is still being monitored at the infirmary, he added.

Information from family members and doctors showed that the child had fallen from the balcony of an eighth-floor apartment in Quang Trung Ward, Thai Binh City at around 7:30 pm on Monday.

Dang Thi Hong, who lives on the ground floor, said she first heard a loud noise from the metal roof installed in front of her apartment.

The roof has a layer of foam for insulation, Hong added.

The woman checked her roof and found a young boy sitting on it.

The boy’s mother rushed downstairs shortly after the incident and took him to the Thai Binh Province Children's Hospital for a check-up.

Family members said that a fence was being added to the apartment’s balcony to ensure safety, but the installation was yet to be finished.

Their apartment is 25 meters above the ground, and the boy’s fall was cushioned by the foam insulation of the metal roof.