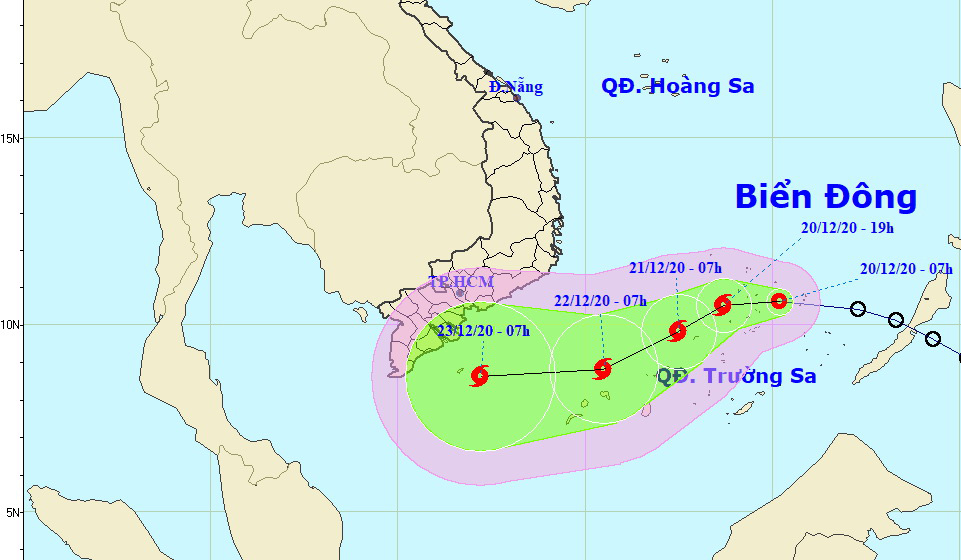 Tropical depression to become 14th storm in Vietnam this year

A tropical depression entered the East Vietnam Sea early on Sunday morning and is forecast to evolve into a storm on the same day as it heads to the maritime area off southern Vietnam.

The tropical depression was located at 170 kilometers southeast of Song Tu Tay Island in Vietnam's Truong Sa (Spratly) archipelago as of 7:00 am, packing winds at 50-60km per hour, according to the National Center for Hydro-meteorological Forecasting.

It is expected to travel westward in the next 12 hours and pick up strength to become Vietnam’s 14th storm this year.

As of 7:00 pm on Sunday, the storm will have been at 130 kilometers southwest of Song Tu Tay Island.

Average wind speed will be at 60-75km per hour and gusts will blow at up to 100km an hour.

It will travel southwest in the next 12 to 24 hours and will have been located at 270 kilometers southwest of Song Tu Tay Island by 7:00 am on Monday, with winds at 60-90km per hour.

The storm will cause rough seas, high waves, and rain in the central and southern sections of the East Vietnam Sea in the coming days.