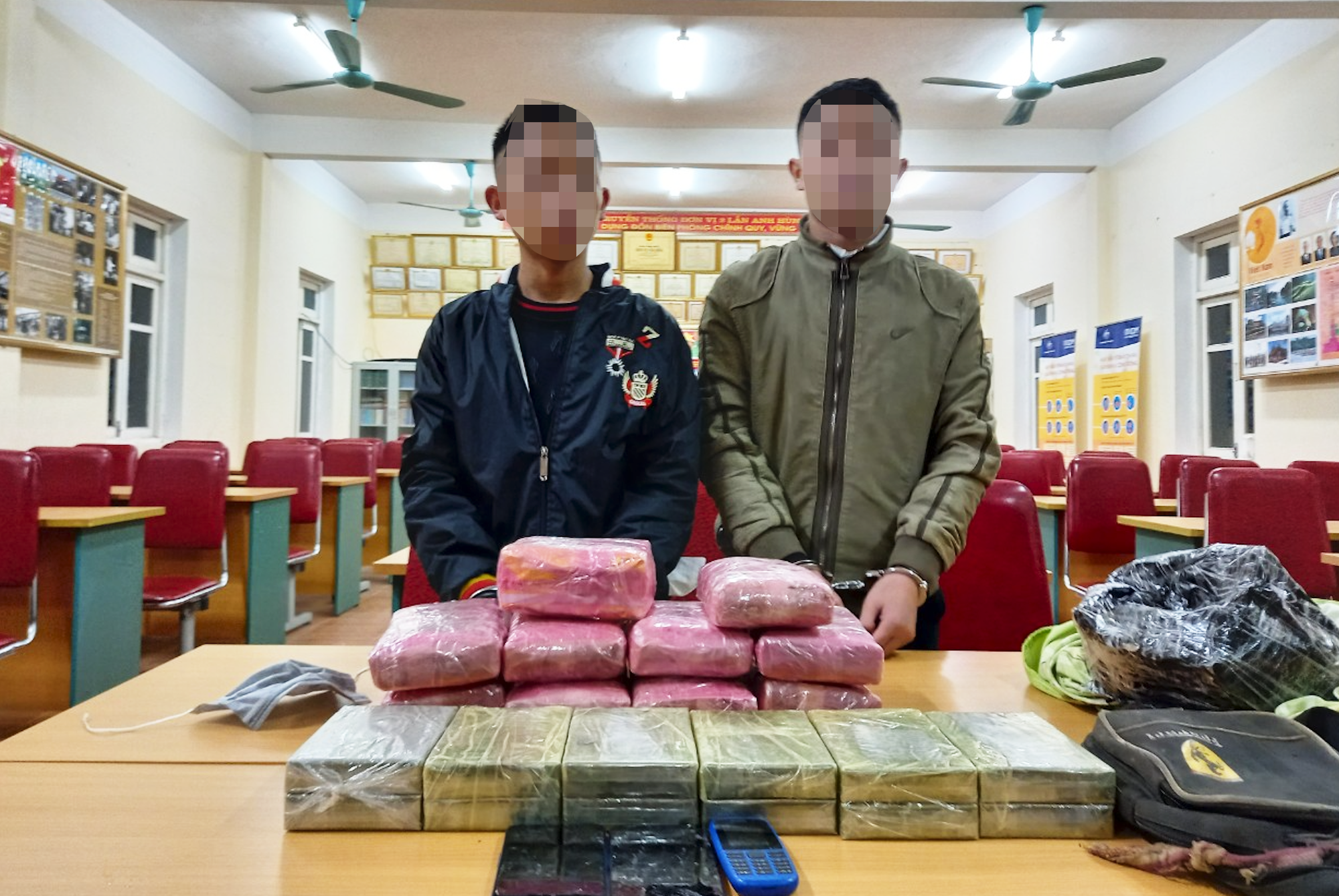 Two high school students in the north-central Vietnamese province of Nghe An have been arrested for transporting heroin and several other types of narcotics.

The provincial border guard unit confirmed on Saturday it had coordinated with the province’s Department of Police to break up an illegal ring that transported a large amount of drugs from Nghe An to northern provinces.

Following a two-month investigation, officers apprehended G.D.C., 18, and G.B.K., 17, who were carrying 12 bricks of heroin, 54,000 pills of synthetic drugs, and one kilogram of crystal meth on a motorbike, on Friday evening.

Both C. and K. hail from Dooc May Commune, Ky Son District and are students of a high school in Ky Son.

The suspects claimed they had been hired by a Laotian national to transport the drugs from Nghe An to northern localities.

In accordance with Vietnamese law, transporting narcotics is punishable by two years in prison to the death penalty, depending on the severity of the violation.