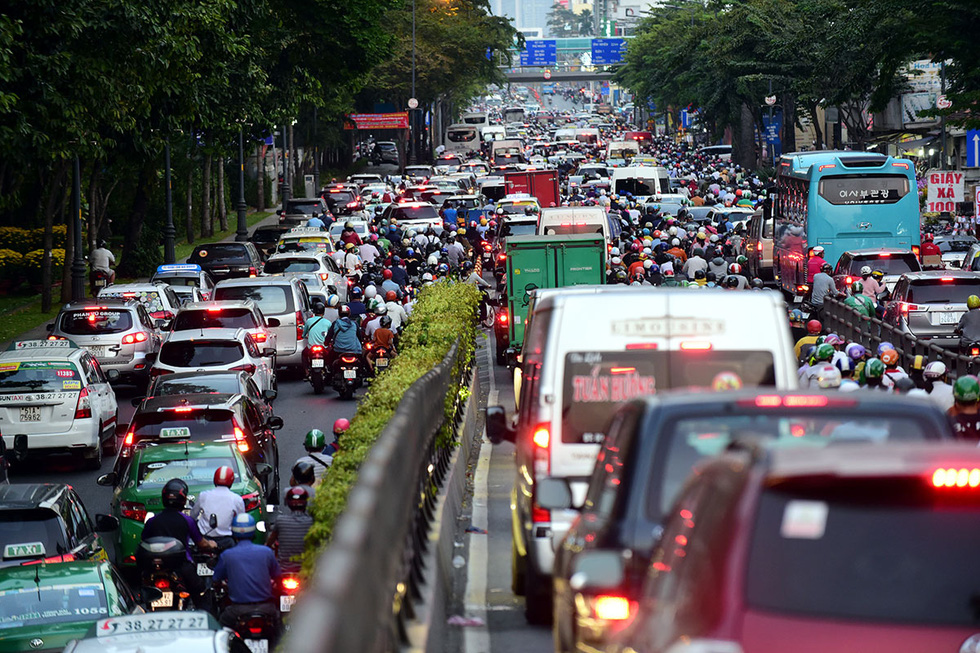 Several road projects to alleviate traffic congestion on important streets leading to the center of Ho Chi Minh City have remained on paper due to sluggish site clearance and investors' inadequate financial capability.

The projects include six street expansions and elevated roads near Tan Son Nhat International Airports, with a combined investment of VND7 trillion (US$302.5 million).

Among that, the renovation of Cong Hoa Street in Tan Binh District, which costs VND141.8 billion ($6.1 million) and is slated for completion after only six months of construction, has yet been carried out though it was approved five years ago.

Likewise, the project expanding the four-kilometer Tran Quoc Hoan Street into a six-lane road to become the second major approach to Tan Son Nhat, at a cost of VND4.8 trillion ($207.6 million), has yet to be realized either.

On the eastern side of the city, the upgrade of Luong Dinh Cua Street in District 2 has only met 70 percent of completion after five years of implementation.

All of them are facing one problem in common – slow site clearance.

For instance, the construction of the My Thuy Roundabout in District 2 has seen its compensation cost double to VND1.029 trillion ($44.4 million) from VND504 billion ($21.8 million).

In addition, investors' poor financial capability is also to blame for the sluggish progress of these projects, according to Luong Minh Phuc, director of the city’s Urban Traffic Constructions Investment Management Board.

For solutions to the two aforementioned barriers, Dr. Tran Quang Thang, director of the Institute for Research and Economic Management of Ho Chi Minh City, suggested giving a priority to those important infrastructure projects.

“[Authorities] should prioritize more important projects with timely provision of state capital, instead of spreading investment on several projects at a time,” Thang said.

Besides, Dr. Thang emphasized the roles of authorities in site clearance.

“Local authorities should make firm commitment to the site clearance deadline and must be responsible for any delays,” he said.