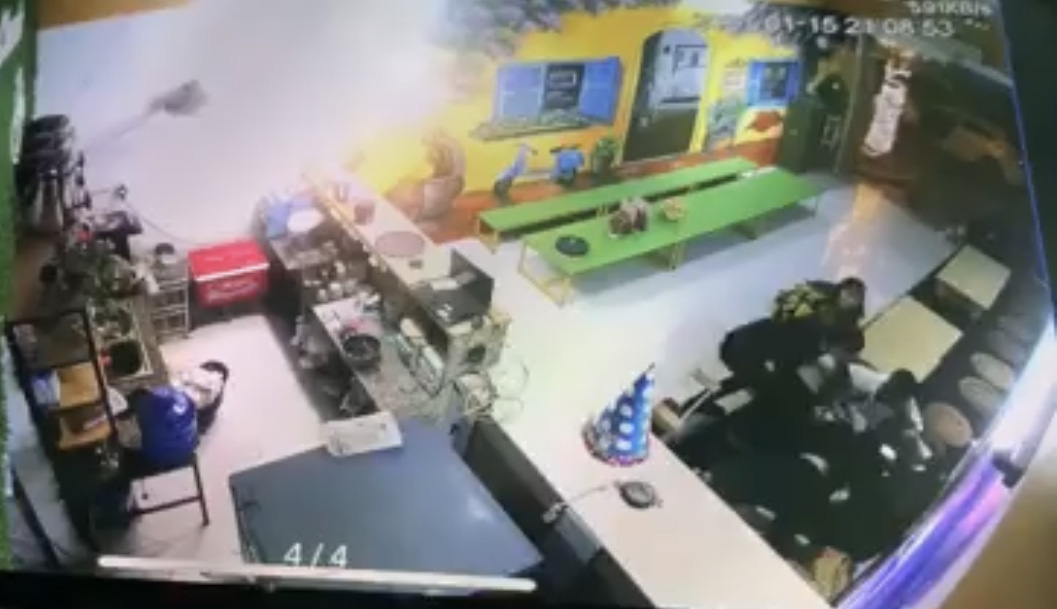 Police in Hanoi are investigating a case where a local woman was hospitalized after being attacked by two men at her house last week following a conflict between the victim and her debtor.

Officers in Ung Hoa District confirmed on Monday they had received a report from the victim – 31-year-old N.T.T.T..

CCTV footage of the incident, which took place at around 9:00 pm on Friday, was posted on social media earlier the same day.

In the video clip, T. is sitting with her son and two other people at a café run by the family when a baton-wielding man rushes into the venue and attacks her.

Another man later runs into the house and beats the victim.

The man who was sitting next to T. tries to stop the two attackers but also ends up being assaulted.

The assailants also appear to yell at and insult T. during the attack.

According to an official in Hoa Nam Commune, Ung Hoa District, T. previously lent her money to a close friend.

As the friend was unable to pay her debt, a conflict eventually broke out between the debtor and creditor.

T.’s older brother confirmed to Tuoi Tre (Youth) newspaper that the woman who borrowed T.’s money is the wife of one of the two attackers.

T. had demanded her money back multiple times but the debtor has yet to pay up, the victim’s brother continued.

“My sister is being treated at 103 Hospital. She was diagnosed with serious injuries in her face and head,” he added.