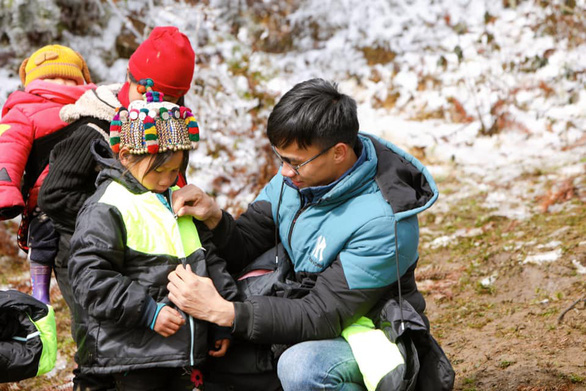 An intensified cold front landed at the northern border provinces of Vietnam on Thursday morning.

The cold spell will cause impacts on the weather patterns of the northern upland areas in the morning before spreading to the remaining northern provinces, north-central provinces, and several locales in mid-central Vietnam later on the day.

Under the impact of the cold spell, southeastern areas will see small to decent showers, while north-central and mid-central provinces may see higher precipitation.

The central provinces from Thanh Hoa to Thua Thien – Hue will experience chills with the lowest mercury fluctuating between 15 and 18 degrees Celsius.

Meanwhile, an overcast sky will hover over the provinces from Da Nang to Binh Thuan, accompanied by chances of rain and a cool atmosphere.

The Central Highlands will alter between an overcast sky and sunlight during the day, then chances of rain in the night, with lowest temperature dropping to las low as 16 degrees Celsius.

Southern provinces will see partly cloudy weather with sunlight during the day and chances of rain during the night, while the lowest mercury is to range between 22 and 25 degrees Celsius.

In the next few days, residents must take heed of health risks in cold and rainy weather, most importantly the seniors and people with pre-existing health conditions, namely cardiovascular and respiratory disorders.

They are also advised to shun the use of honeycomb coal stoves for heating in insulated rooms due to risks of fire and air intoxication.