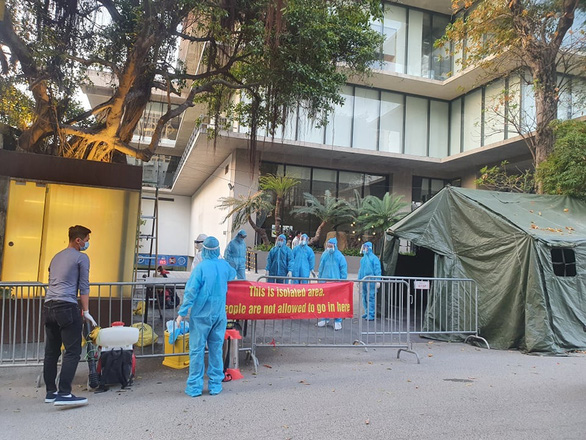 A Japanese man was discovered dead in a hotel in Hanoi on Saturday, with a conclusive COVID-19 test on him returning positive on Sunday, according to police officers and the Vietnam News Agency.

He was born in 1967, the Vietnam News Agency reported, citing an epidemiological investigation.

He was allowed to leave his quarantine facility and caught a flight to Hanoi from Ho Chi Minh City on February 1.

Saturday was the 13th day that he had stayed at Somerset West Point Hanoi.

The Ministry of Health announced 33 local infections on Sunday, including 31 in Hai Duong Province and two in Hanoi. The Japanese man was not counted in this group.

The ministry declared three patients free of the virus the same day.

The national patient tally has reached 2,228 cases, including 1,330 domestic infections, as of Sunday night, with 1,534 recoveries and 35 deaths, according to the health ministry.

A total of 637 local infections have been recorded 13 provinces and cities since January 28, when Vietnam was hit by a new wave, including 461 in Hai Duong Province, 59 in Quang Ninh Province, 32 in Hanoi, and 36 in Ho Chi Minh City.

Vietnam has closed its borders to foreign visitors since March last year, only allowing entry to certain people like international experts and diplomats who will be quarantined upon arrival.