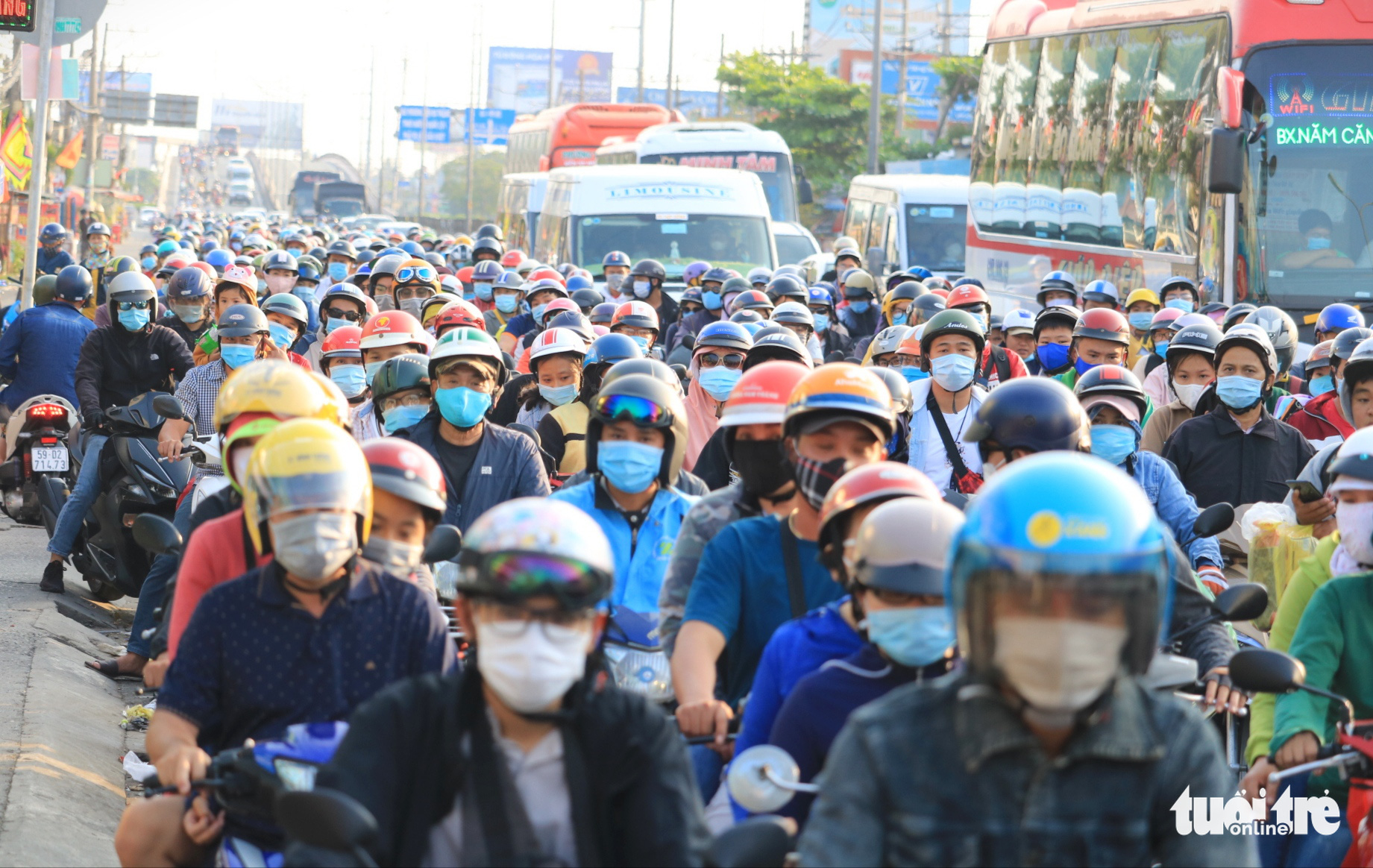 Although the number of people returning to Ho Chi Minh City following the Lunar New Year (Tet) holiday declined this year, strict measures were still applied at local bus stations to prevent the spread of COVID-19.

Many people rushed back to the southern metropolis on Tuesday as the seven-day Tet holiday, which ran from February 10 to 16, concluded.

To avoid traffic jams, some others had already made their way back to the city a day earlier.

Despite the lower number of vehicles than usual, congestion still occurred at the western entrance of the city, according to the observation of Tuoi Tre (Youth) newspaper reporters.

“People flocked to the city on Monday and Tuesday so that they can go back to work on Wednesday,” said Thanh Danh, an attendant at a filling station in the outlying district of Binh Chanh.

“Traffic jams still occurred but were not as severe as previous years.”

According to representatives of Mien Dong (Eastern) and Mien Tay (Western) Bus Stations, the number of travelers at these facilities started to increase on Tuesday, but was still 30-40 percent lower than last year.

Many people still shied away from traveling on buses and coaches due to virus transmission fears, the representatives elaborated, adding that the majority of university students have yet to return to the city as they will be doing remote learning until the end of the month.

Strict COVID-19 prevention and control measures are applied at these bus stations.

Travelers were required to wear face masks, sanitize their hands, have their body temperature measured, and fill out health declaration forms.