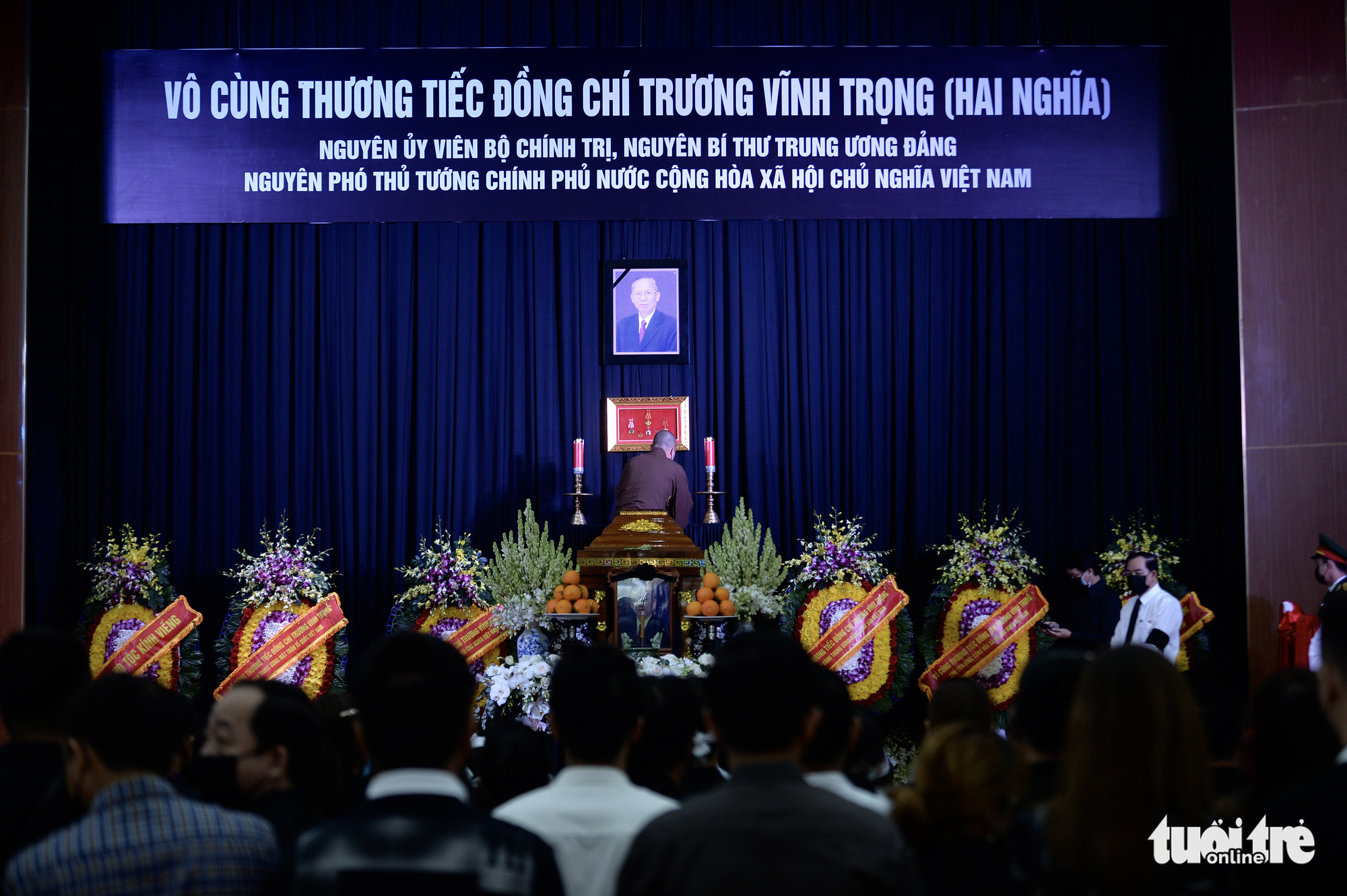 The ceremonies were organized at the National Funeral Home in Hanoi and at the main hall of the Ben Tre People’s Committee from 8:00 am to 11:00 am.

The memorial service will be held at 9:00 am at the main hall of the Ben Tre Provincial People’s Committee on Monday.

The burial ceremony will take place at 11:00 am on the same day at the Martyrs Cemetery in Ben Tre Province.

Former Deputy Prime Minister Truong Vinh Trong passed away at his home at 3:25 am on February 19 in Giong Trom District, Ben Tre due to old age and serious illness.