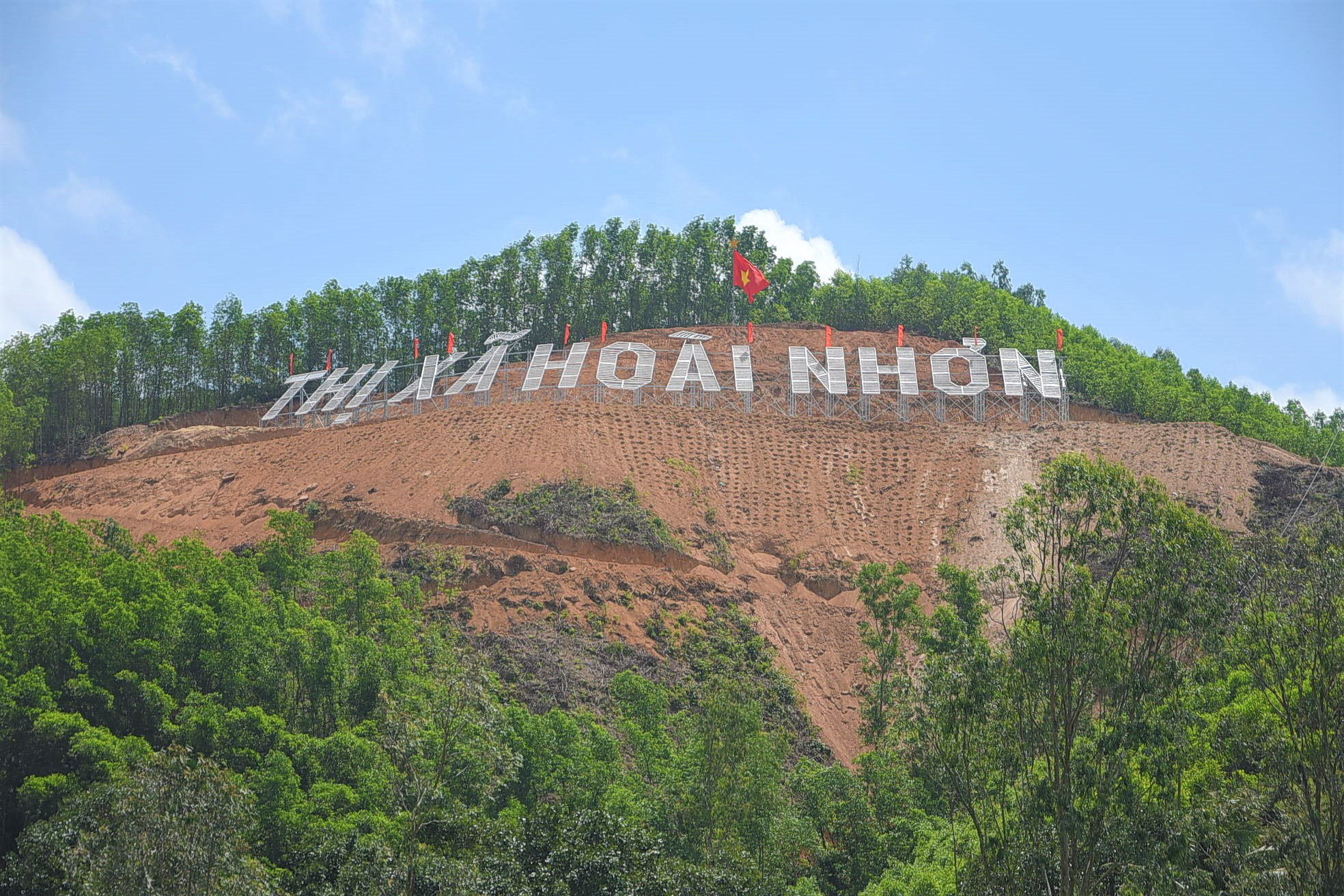 In response to public criticisms, leaders of Hoai Nhon Town in the south-central province of Binh Dinh on Thursday said that they will replant trees on an area of land that had been emptied to make room for erecting a landmark sign to advertise the name of the town.

Construction of on the sign that reads “Thi Xa Hoai Nhon” (Hoai Nhon Town) began last month on a mountain peak, which is located about 500 meters from the town’s center.

On completion, the sign now stands facing towards the Lai Giang River, on a bare land plot amidst other green parts of the mountain.

According to local residents, more than 1,000 square meters of productive forest owned by the locals on the mountain had been cut down for the project’s implementation.

The local authorities compensated the owners of the deforested area and are planning on the compensation and relocation of a household living at the foot of the mountain to a safe place to avoid landslides in the rainy season.

Regarding the public outrage, during an interview with Tuoi Tre (Youth) newspaper on Thursday, a leader of Hoai Nhon Town affirmed that the local authorities had obtained the approval of the provincial People’s Committee before carrying out the project.

“The project was meant to serve the public and give a facelift to Hoai Nhon Town,” the leader said, reasserting the information that the People's Committee of Hoai Nhon Town had negotiated and compensated the former owners of the affected productive forest area properly.

The leader also refuted comments criticizing that the project went against the government’s principle of encouraging afforestation.

“Following the project’s completion, the local authorities have plans to afforest the affected area as soon as possible, just like other similar projects in the province,” said the official.

The similar projects the official referred to include the landmark signs that read “Quy Nhon City” in the capital city of Binh Dinh Province and “Ghenh Rang – Tien Sa,” which advertises the name of an area with numerous popular tourist spots in the same city.